The funding for the National Clinical Audit of Epilepsy-Related Deaths followed the International SUDEP workshop in 1995 and a successful campaign to policy makers in England, Northern Ireland, Scotland and Wales. 600 health professionals and 9,000 members of the public supported the campaign which included a petition; written questions, the first ever epilepsy debate in Parliament and meetings with ministers and civil servants.  The government commented that the most effective part of the campaign was the involvement of bereaved families, who had written, and in some cases met with their local politicians.  Labour MP Stephen Twigg, whose mother died from epilepsy, was so touched by his contact with one bereaved mother that he became the leader of the All Party Group of MPs on Epilepsy and led debates on epilepsy and sudden death. 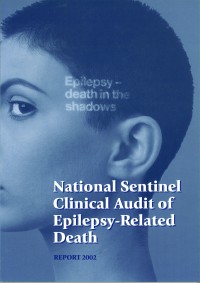 The National Audit of Epilepsy Deaths brought together a partnership of experts from five Royal Colleges and the International League Against Epilepsy.  The inquiry produced the report, “Death in the Shadows”.  The report showed the real seriousness of epilepsy and how a focus on epilepsy deaths could help drive service improvements.  More importantly, the report found that about 40% of SUDEP deaths could be avoidable.  It also found that the investigation of epilepsy-related deaths was poor and hampered progress in learning from the deaths.

All four chief medical officers in the UK described it as a “landmark report” of international significance.  “Uniquely in the world, Epilepsy Bereaved has a track record of leading a multidisciplinary partnership across four countries.  The audit was a carefully executed piece of work which led to epilepsy policy development including national clinical and pathology guidelines,” Professor Dame Sally Davies, Chief Scientific Advisor, UK government. An editorial by Professor Hauser (US) and Professor Pedley (US) in the Lancet  said it was a “wake-up call” to epilepsy management around the world.

The document was powerful in persuading governments as well as facilitating developments in epilepsy research and clinical practice.  As a result of the audit, SUDEP became recognised as a syndrome in 2004 by national and local policy makers.  SUDEP was also highlighted in health professional journals, in NICE (England and Wales) and SIGN (Scotland) epilepsy guidelines on best practice for health professionals.

The Royal College of Pathologists produced new guidelines on the investigation of epilepsy deaths and worked in partnership with Epilepsy Bereaved on providing training on sudden medical deaths.  Epilepsy gained a higher profile on the health agenda. In Wales the government produced their first commissioning directive for epilepsy services to support service developments and governments across four countries funded information on SUDEP and educational workshops as part of their action plans to respond to the audit.