Home › About us › SUDEP Action Ambassadors 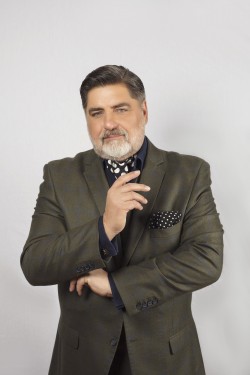 “I am delighted to be an ambassador and to be involved with such an inspiring organisation. It means a lot to me to raise awareness of this vital cause, in the UK, in Australia and around the world.  As SUDEP Action’s first International Ambassador, I know that many epilepsy deaths can be prevented with better knowledge about risk, and I am keen to do what I can with the platform I have to make this happen. SUDEP Action's work is incredibly important and I am honoured to be involved.”

Matt is an award-winning food journalist, best-selling cookbook author and International TV Personality who is best known for his 11 years as host and judge on MasterChef Australia. Matt takes up the role as International Ambassador on SUDEP Action Day 2019.

Preston has released 6 best-selling cook books which have been published in Australia, South Africa, New Zealand, the Netherlands and Portugal. International Sales make up 20% of Matt’s total book sales. Matt is also a key social media influencer in Australia and internationally with a combined international social media reach of over 850,000 followers on Facebook, Twitter and Instagram.

More details of how Matt will be helping SUDEP Action to come in 2020.....