Home › Samantha
Back to stories page 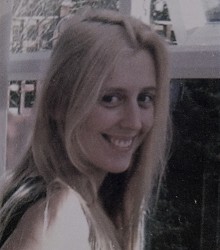 Samantha died on The 4th December 2004. She was twenty-five years old and was seven months pregnant with our first grandchild. We only found out it was a little boy after she had died and we were able to give a name as she had chosen the name Regan for if it was a boy.

From the age of sixteen, Samantha developed epilepsy. She only ever had a seizure as she was coming out of sleep and they only occurred two or three times a year. We made sure she slept in a low bed and that there was no furniture around so she could be safe. She was determined to not let the epilepsy control her life and was in the final year of a nursing degree.

When she became pregnant the seizures became more frequent and she was referred to the local hospital. Only a week before we found her, she received a letter from the consultant to say she was a low-risk patient and had nothing to worry about.

It was an exciting time for us all. A new baby. A degree completed. I remember saying to her that it would be a tough year but that it would all be worth it.

The day we found her was the worse day of my life. Everything changed. Nothing meant anything anymore and it was dark all of the time. The first time we heard of SUDEP was when the coroner gave it as the cause of death. We had no answers and so many questions. As I started searching frantically for answers, I came across a website for Epilepsy Bereaved. They returned my call and I was offered bereavement support. They also provided all the information I needed to understand more about SUDEP.

Almost fourteen years have passed since we lost Samantha. All of our lives have changed and we have moved on. Someone once said to me that life carries on but that you watch it go by through plate glass. Sometimes it seems like life has stood still but then I look at my grandsons and see how they are growing up and it’s then I realise that time is passing by, it just passes is a different direction now.

I decided I would finally put my thoughts and feelings into words and write about my journey from the darkest of times. It isn’t just my journey, as others were my unfortunate travelling companions. My book is called Through Plate Glass. I hope, through these poems, that I can show how, all these years later, it does start to become more easy to bare and that these poems can help others to understand that they are not alone in their grief.

I have written my poems as I wanted to share my journey, to try to help other bereaved parents who are experiencing the numbing pain that we call grief and for them to see that we can move on, albeit slowly.

I wanted to help to raise awareness of the risk of SUDEP for epilepsy sufferers and to signpost where there is help for those with epilepsy and their carers.

I also wanted to introduce my daughter Samantha to you all. She was a beautiful girl who you never got to meet but who you can now get to know.

The book is available on Amazon for kindle or as a paperback.

Here is the link to my recent radio interview on KLFM 96.7 about my story and raising SUDEP awareness.

Here is an extract from Christine's book, Through Plate Glass:

Why didn’t we know what SUDEP was?

That epilepsy could kill?

That a single seizure could end a life

She could be with us still.

But you didn’t tell us.
Why not?

Why were we not made aware that she could die in her sleep?

That one seizure could stop her heart?

That her life was in danger

From her first seizure, from the start?

You didn’t tell us.

You didn’t tell us what the risks were.

We thought she was safe; you didn’t make us aware.

I know you think that it’s frightening to know

But we are the ones that care.

You didn’t tell us.

Why are so many young people dying,

ignorant of the truth?

Too many men, women and children

So much lost youth.

Ask yourselves why you don’t tell us?

Why we are left to find out when it’s too late.

There are many lives that could be saved

Don’t leave it to chance or fate.

No one else should have to ask: Why?