Home › Rowena
Back to stories page 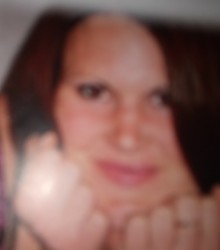 When my younger sister Rowena was 6 years old she was diagnosed with Nocturnal Epilepsy.  Medication could not stop the seizures, right from the start and she had a very difficult life, dealing with all the things girls deal with and her illness on top of that.  She never let it hold her back though, if she wanted to do something she did, like running the Great North Run and raising money for Epilepsy Action.
She was assertive, took no prisoners, had a wicked sense of humour and the greatest rich laugh ever.

In 2009 she got married at the age of 26 and just under a year later she gave birth to her daughter, through a caesarean section, Emily, who is the spitting image of her in every way.  She wanted another child but suffered a miscarriage.  Then in 2014, she found out she was pregnant. She was really happy, her pregnancy wasn’t simple, she was diagnosed with gestational Diabetes, and then at 36 weeks in March 2015 she went into labour.

Despite having made it clear she wanted a caesarean section, because of her medical history, during the Labour, she was encouraged to deliver naturally, so following a Registrars advice she tried.  However her son Oliver was a large Baby, they were aware of this and in the end he was stuck without oxygen for 17 minutes, before being delivered, he was born with no ability to sustain himself naturally and we were told he would be severely disabled.

Just a few hours after his birth my sister and her husband had to make the decision to turn off his life support, and he passed away quietly after being held by his family.

The next few months were awful, for Rowena, I was expecting my second child, he came with no issues in June and there was a hospital and coroner’s inquest to deal with, along with Oliver’s burial.
Rowena bore this with real fortitude, despite the circumstances she loved her new nephew very much and in fact, changed his nappy on the day he was born.

She still wanted another baby though, so her daughter could have a sibling, a few months later, despite all the grief she was pregnant again.  This pregnancy passed really smoothly. Then on the 29th January 2016, at 28 weeks,  she was up early, texting happy birthday to a friend, her husband got up to check on her, she was fine and he went back to sleep. When he woke up again, Emily was awake too, they saw her on the floor next to the sofa, and she was not breathing. Desperately, whilst his daughter watched he tried CPR, called an ambulance. However when she arrived at hospital, she was pronounced dead.  The Doctors, tried to save Edward by doing a caesarean section, though he had passed away already too. They could not find a cause of death so put it down to SUDEP.

All in all our family has suffered a triple tragedy, my niece will have to grow up with no mother, Rowena adored Emily and Emily was very close to her mother. My parents have lost 2 grandsons and a daughter, Row’s husband has lost a wife and two sons.  For myself I have lost my baby sister and two nephews and my youngest son will never remember the aunt who loved him so much.