Home › Katie
Back to stories page 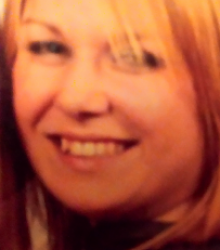 Katie was a 20 year-old trainee nurse at UWE and had been having two seizures a year on average since the age of 16. Both she and her family thought her epilepsy was well under control with medication.

But in January 2006, her parents received a call saying their daughter had suddenly died. Liz, Katie’s mum, said: “Katie hadn’t had a seizure for a year at that point. She was in her third year at university, and we weren’t too concerned about her epilepsy. She was getting on with her life. So when it happened so suddenly, it was very difficult. We felt guilty that we didn’t even know SUDEP was something that could happen. She was always so careful about taking her medication.”

Katie’s family, who live in Cornwall, started fundraising in her memory, almost immediately setting up Kt’s Fund. The fund is a trust set up by the family and friends of Katie and has raised over £48,000 for SUDEP Action projects.

The initial aim was to fund an epilepsy nurse based in Cornwall, but the NHS weren’t able to back the plan. However, following a meeting with SUDEP Action’s chair of trustees; Professor Stephen Brown and SUDEP Action CEO Jane Hanna, Kt’s Fund decided to back a series of projects to help raise awareness and influence improvements in epilepsy services. Liz said: “We wanted something positive to come out of Katie’s death. Fundraising has helped us work through all the emotions.”

Kt’s Fund helped launch EpSMon where sufferers can use the app to monitor and record symptoms, allowing them to track patterns which develop in seizures and identify potential triggers. It brings life-saving knowledge to the fingertips of people with epilepsy by allowing them to assess their risk every three months. It prompts them to see their doctor when their risks increase and suggests simple ways they can lower them, by asking questions and offering advice.

EpSMon is based on evidence from the SUDEP and Seizure Safety Checklist, a tool that enables clinicians to monitor changes in risk factors in their patients. Liz said: “I believe the app could have helped save Katie’s life. She was at higher risk of death because her nursing meant she did shift work, which increases risk in epilepsy sufferers. Her friends could have used it with her and helped monitor her too. Katie would’ve loved what we’re doing. She was a caring girl, always putting others before herself, so this work is a perfect tribute to her”.

You can also learn more about Katie's story in this Channel 4 news piece in a heartfelt interview with her Mum, Liz and Step-Dad Bob.