Home › Ben
Back to stories page 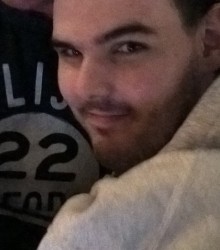 Benjamin was born on Christmas Eve 1989. We were so happy to welcome him, and his sister Charlotte was happy Father Christmas had left her a baby brother.

When he was around 18-24 months, he was diagnosed with autism. He was the happiest little boy, and we decided nothing would ever change our mind about that.

As he turned about 12, he developed epilepsy. We started seeing neurologists, and he had scans, but we were never told he was at risk of dying. By anyone.

Ben went through many changes of medication, until we finally thought we had found the right ones. On 13 December 2016, Ben saw his neurologist, who was so pleased with his progress, she decided he could be seen in 12 months’ time.

On 23 February 2017, I went to wake Ben for his meds at around 8am and found my beautiful boy lifeless. I tried CPR, and the Paramedics took over for around an hour.

We were told he had not had a seizure, and they had tried everything to revive him. We are so thankful that he did not suffer. But not being told he was at risk of SUDEP made our anger and pain so much worse.

Nothing can ever describe the pain and devastation of losing a child. Ben was the sunshine of our days, and now he is the starlight of our nights. His sister Charlotte and her children miss him beyond belief.

Ben’s Dad Chris is loved by the football community, so they started a charity match, to be played in Ben’s memory every year, to raise funds for SUDEP Action, and autism awareness. We are so grateful to our friends who have supported Ben’s memory and given us support too.

He was a gentle giant when he left us (6’6”!), and that is how our village remember him. Our beautiful gentle giant, Ben... “To Infinity, and beyond!”