Home › Fatal Accident Inquiry into the death of Colette Findlay

Fatal Accident Inquiry into the death of Colette Findlay 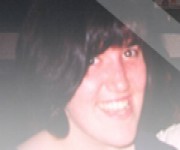 The Findlay Inquiry investigated the sudden death of Colette Findlay (pictured left)  but is of general significance to any SUDEP death. The Fatal Accident Inquiry is designed to investigate any deaths where there is a possible public interest in learning lessons to prevent similar deaths in the future. Fatal Accident Inquiries result in judicial determinations that can be used as evidence in other legal proceedings. The Inquiry took place over four years reporting in 2002.

Sheriff Taylor found that Colette had died as a result of an epileptic seizure, which caused her to stop breathing. The Sheriff found that the Hospital and the family’s GPs had not provided Colette with a coordinated care plan and that, as a result, a ‘catalogue of failures’ had arisen without which her ‘death might have been avoided’. The failures included not providing information to Colette or her family about her epilepsy, medication or prognosis; not informing them of the risk of sudden death and not carrying out proper reviews.

GPs should carry out an audit to identify patients with epilepsy and assess whether such patients are receiving the optimum level of care and act accordingly.

GPs should follow pre-existing guidelines in relation to the care and management of people with epilepsy.  ‘In the vast majority of cases’ patients and/or their families should be told about the risk of sudden and unexplained death in epilepsy (SUDEP).

Epilepsy Bereaved provided expert advice and support during the Inquiry and made a small contribution to the financing of the legal representation for the Findlay family.

The Inquiry reported in 2002, the same year as the National Audit of Epilepsy Deaths. In Scotland, the Inquiry together with the Audit not only raised awareness of SUDEP, but contributed to action by the Scottish Executive and most of the Health Boards in Scotland. In Scotland most Health Boards are now committed to the introduction of epilepsy clinical networks.

The Inquiry was widely publicised in Scotland and in the general medical press. A PULSE article on 7th October 2002 `Case Sparks legal warning over GPs’ care of epilepsy’ raised the significance of the case beyond Scotland, touching as it did on the general duty of care of any doctor.

Robert Carr, who represented the family, said the “landmark case” was the “first time a fatal accident inquiry had given advice to GPs on the risks. The Inquiry has given a very clear direction as to what every GP should be doing”.

Dr Sherry Williams, head of medical services at the Medical Protection Society, said GPs were at risk of being sued if they failed to comply with guidelines. She said:

“The Inquiry’s recommendations endorse the basic principles that you need good medical notes and must be able to justify why guidelines were not followed where appropriate”.

The Findlay family have continued to be involved in education work on SUDEP. Jeanette Findlay gave a presentation to European Epilepsy Organisations in 2003.

Patricia Findlay now sits on the Management group for the Glasgow, Tayside, Ayrshire & Arran epilepsy clinical network, and is a member of the Scottish Parliament Cross-Party Group on Epilepsy. Patricia is also a volunteer regional coordinator for Epilepsy Bereaved and is involved in the education and awareness work of Epilepsy Bereaved.