My name is Valentine Gibbons; I’m a 32 year old mum of two young boys. I originally got involved with SUDEP Action because devastatingly, I lost my younger brother Ashley on 17th May, 2015. It took over 12 weeks to determine his cause of death; I was searching the internet to make sense of it all when I came across SUDEP. 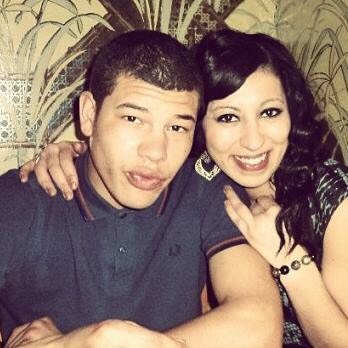 Ashley was only 26 years old and had his whole life ahead of him. He had suffered from Epilepsy since he was 8 months old and we just thought it was a part of his life. Until Ashley’s passing, none of us had ever heard of SUDEP, or let alone known that he was at risk. So I decided shortly after we had the coroner’s report that I was going to organise a Charity event in Ashley’s Honour; I had never felt more passionate than I did about letting anyone and everyone know about SUDEP.

Ash loved his music and a wide range too. He also loved the social aspect of evenings out with friends and family, therefore I thought there is no better way to mark the first year without him than to have an evening of music, entertainment, food and a load of prizes for people to win and also to raise money and as much awareness as possible. I needed something to focus on that was still connected to my brother, as his absence is as raw today as the day he first went. Until you have lost someone to it, you probably would not have heard of SUDEP.

The night was a ticket only event, and we sold over 150 tickets which was my aim. I managed to book a pop choir (Chaffords Voice), Soul Singer (JB Rose) and Rock Band (Blue Cheese), and DJ’s (EZ Discos), they were all fantastic and there really was something for everyone. The menu included Soul Food, freshly cooked by the best (our family from London), and a cold buffet.

We also had a raffle; I was blown away by the amount of gifts we received from Asda, Morrisons and Sainsburys, Vue Cinema, Adventure Island, Harley Davidson, TGI Friday and Disney to name but a few companies that donated to our cause. 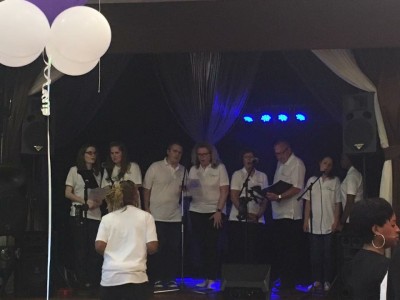 My mum gave a speech; this was probably one of the most memorable moments for me. She really is the strongest woman I have ever known and her clear delivery of information about SUDEP Action and why everyone was there made it all worthwhile. Also, with all the tickets sold out, I was really amazed to see how much people loved Ash and turned out to support our cause. Knowing that I had doubled my target of £1000 was the best feeling ever.

I am truly grateful to everyone who helped make my dream of hosting this event in Ashley’s memory a reality. There are too many to mention and I don’t want to leave anyone out so thank you to all  family and friends that helped set up, cook, donate and clean up. The performers, the decorations, and everyone that was there or that couldn’t make it but donated anyway. I couldn’t have pulled this off without any of you.

For more photos, please click on the button below for the photos gallery: