A tough team of friends and family have raised about £1,200 for SUDEP Action by completing the Tough Mudder challenge in honour of Emily Sumaria. 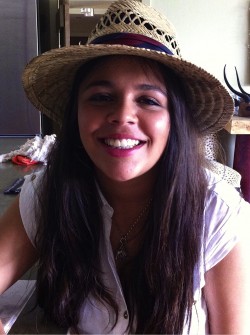 Emily was 14 years old when she developed epilepsy and only ever had 4 seizures in total. She led a perfectly normal life and enjoyed sports. Emily was an avid and keen hockey player who played for her county and for the West of England before going to University where she played for the Leeds University Women’s Hockey Club. She died of SUDEP in December 2012 aged just 19.

The Tough Mudder is not a timed event; the idea behind it is to complete it with friends side-by-side, helping each other along the way. The brave participants found themselves being electrocuted, swimming though an ice bath, clambering over 12-foot walls and running up a quarter pipe slicked with mud and grease.

Emily’s mum Rachel Sumaria was there to cheer the team on, she said: “The Tough Mudder course is really extreme. It is a 12 mile run with about 14 obstacles, some of which are worse than anything seen on Channel 4’s ‘Commando School’ following the training of Royal Marines! One early challenge was to jump into a huge shipping container full of ice, dive down and swim under a hanging plank and then swim to the end and climb out. The cold took some people’s breath away and they had to be hauled out. I was watching and photographing there, people looked quite traumatised as they climbed out”. 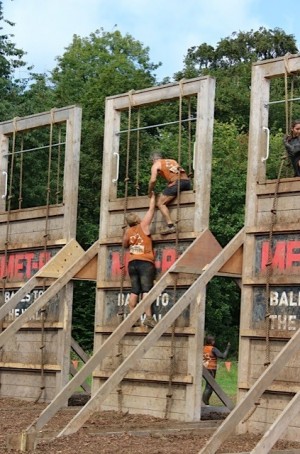 The tough team wrestled with mud, dodged and jumped over obstacles and climbed army-style to complete the notoriously difficult adventure. Team member Julie Creffield shared her experience on one of the obstacles: “lie on your back, look up at the sky and use the cage above you to pull yourself along. Only problem being if you went too fast or moved too much the water came over your face and there was no way of standing up or clearing your face."

"You also couldn’t see where you were going and I did have a slight panic attack about half way through. The fact your ears are submerged didn’t help either, the eerie silence leaving far too much room for the voices in my head.”

Emily’s cousin Rebecca commented: "wow what an experience! Alongside the best team ever. I have learnt what teamwork really is, I have learnt how far my body can be pushed if my mind is set right, I have learnt what it takes to be a Tough Mudder and what a great bunch of people I've got to call my very own friends and family. It is with all your support that we have raised £1200 for SUDEP action!! It's been a huge challenge and I'm so proud of my team "Beast-Mode On" for today’s effort...in loving memory of my baby cousin Emily."

Emily’s mum Rachel said of the day: “As for me, I enjoyed the day tremendously as I had all the excitement but none of the pain, bruises, or exhaustion! Seeing the team, all in their orange vests, taking on such awful obstacles to raise money in Emily's name gave me a warm feeling inside. And they were all so smiley and cheerful in between the obstacles, it was amazing. I think Emily would be flabbergasted to see what people have done to keep her name alive and raise money for SUDEP Action and she'd be very proud of her friends and family. As am I.”

Emily's aunt and Rebecca & Joshua's mother said "Unbelievable pride for unbelievable people, in an unbelievable event creating a huge amount of clothes washing but every bit worthwhile for the SUDEP Action cause and in memory of our beautiful Emily"

SUDEP Action works tirelessly to prevent the three epilepsy related deaths that occur every day in the UK. The charity supports bereaved families and friends; promotes awareness and funds research into these epilepsy deaths.