Thank you to all of our super September fundraisers, here are just a few of the amazing fundraisers we have had this month! 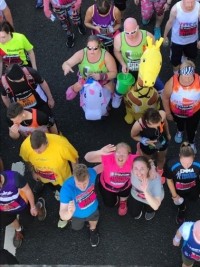 Rhiannon Easton ran the Great North Run. She told us “At the start of September I took part in the Great North Run, raising money for SUDEP Action. I’ve recently been made more aware of this charity, due to my younger cousin receiving a VNS implant to help to manage her seizures. I really wanted to help support this cause, and the Great North seemed like the perfect challenge! The run itself was amazing, with so much support from people along the route too, I loved every minute!” 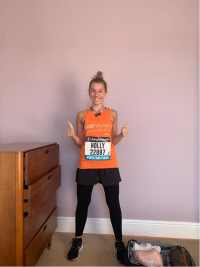 Holly Elliott also completed this challenging event. She informed us “This November marks 10 years since I lost my cousin Toby to SUDEP, he was 26 years old. Apparently, the Great North Run is a ‘must’ if you’re from the North East...so I signed up! Not being a runner, I found the training and the event difficult. However, knowing the funds I raised would go towards research to prevent SUDEP, kept me going towards that finish line. It was tough but I achieved a time of 1 hour 55 mins!” 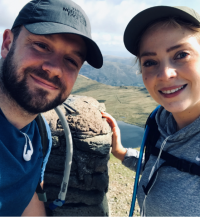 Sarah Fawzi and her boyfriend Andy took on the Lakes 3000 in memory of George Nazer. “This September, my boyfriend and I completed the Lakes 3000 challenge for SUDEP Action. This was in memory of our friend, George. The challenge was to take on the four biggest mountains in England, which are all located in the Lake District, as one continuous walk. It was a tough challenge but we’re really glad we’ve helped raise money for such a worthwhile charity.” 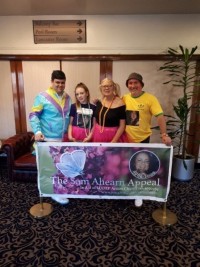 Lynn McGoff and family held an 80s night in memory of Sam Ahearn. She informed us “Friday went really well with lots of friends supporting us new and old...it was lovely to see Alice now 12 having lots of Fun and having lots of support also.  We done the 80s night in memory of Sam. This year was the 10-year anniversary of her death, and in November it would or should be her 30th birthday.” 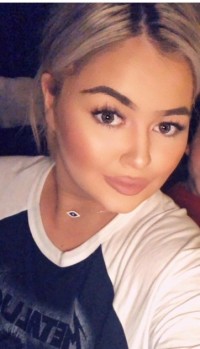 Patty, Laura & Eleanor held a fundraising evening in memory of Emily Spayne. They told SUDEP Action, “Our beautiful Emily was the most loving daughter, sister and auntie. Emily passed away 30th April this year from SUDEP. Emily was only 26. We wanted to help raise awareness and support SUDEP Action in her memory. We organised a fundraising night which was extremely emotional, but we wanted to make our sister Emily proud. We will be doing an annual event to proudly support SUDEP Action in Emily’s name.”

Mark Page hosted a quiz night event. “I decided to have a pub quiz to raise money for SUDEP Action, to raise money and awareness. About a month ago, my best friend, lost his brother very suddenly on father’s day, and it hit him and his family very hard. Because he’s very far away from where I live, I wanted to help out in any way I could think, so I decided to raise as money for the charity of his family’s choice.”

Thank you so much to everyone who helped raise fund for SUDEP Action in September.