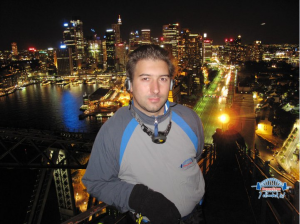 Epilepsy came to Sam late in his life, as an adult, and he had only had it a few years. He only lost his driving licence for 10 months, then, when it was controlled, he was able to start driving his beloved Z4 again. Sam had been an Associate member of the Leeds region of the Institute of Advanced Motorists many years before.

Before the fundraising presentation at the SUDEP Conference in March, I hadn’t really noticed the opportunities and I hadn't particularly felt like it anyway. Plus, I don't want to lose friends by becoming a ‘professional fundraiser’(!), but I've been amazed how cathartic this has all felt, and I really feel that I'm the best I've been since my Son Sam died nearly three years ago.

Soon after the SUDEP conference, some of my Mensa friends at a portmeirion weekend in March helped to contribute the first £200 of the £600 I fund-raised in three weeks.  At my tentative suggestion they adopted SUDEP Action as the charity for the weekend. 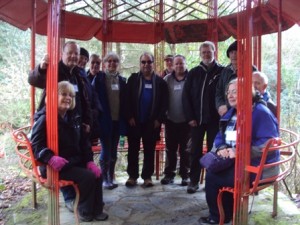 Next was the Sheffield 'Fun' Run!  When I read it was okay to walk it I thought - Yeah I can do that - and I managed to get £240 in sponsorship.

Finally I was very lucky to have one of the large 1kg Easter eggs donated by Thornton's, I raffled it and it helped me to reach the final total of £600.

I have always found it easy, in different situations, to approach or ask people for help, and that was just how I saw this - asking for help, asking for help for SUDEP Action this time.  I feel many were giving because I was in a situation that they never want to be in. I have been amazed - and touched - by the response

I am grateful to everyone who helped to raise £600 for SUDEP Action who have been, and are still, a huge support since I became a bereaved parent.  Not only do they give support they also provide information on SUDEP and risk in epilepsy.  Three people a day die from epilepsy, think of the loss of each one of those lives and the impact on all their families and friends.

SUDEP Action sponsor award-winning research into prevention of SUDEP and other epilepsy deaths. They capture data through The Epilepsy Deaths Register, all the information about each death is analysed by researchers.  And anyone can register epilepsy death information, not just families.

It is exactly one year since the inquest, and in a couple of weeks there will be a memorial service where I will be handing over the cheque to SUDEP Action.