The family of Nikey Lee Robinson who died of Sudden Unexpected Death in Epilepsy (SUDEP) in her sleep in March 2013 have embarked on an awareness raising campaign. Describing Nikey her mother Caron said: “Although Nikey had little control of her epilepsy (200 seizure per month) she continued to live her life to the fullest she could, never cancelling anything, maybe just postponing things until a better day.” 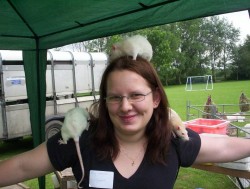 Her family, parents Caron and Peter Robinson and her sisters Jaime and Ceri embarked on the ‘Nik’s Shout for Epilepsy’ Campaign in memory of Nikey.  The campaign was set up with the help of friends and work colleagues to raise awareness of epilepsy risk. They have held many fundraising events in memory of Nikey in aid of SUDEP Action.

Early this year they held a bingo night in aid of SUDEP Action attended by about 150 people and raising at least £1,565.  The bingo evening was chosen because Nikey, who suffered from severe epilepsy for most of her life, loved playing the game.  They also held a Race night and Sizzle for SUDEP event in July 2013 raising about £1,033.

Jade and Lola’s Tandem Skydive in memory of Nikey

In June 2013, Jade Fell and Lola Dack did a 10,000ft tandem skydive in memory of Nikey in aid of SUDEP Action.  Commenting on their efforts, they said: “It was absolutely amazing, it was definitely one of those life experiences that will always stand out from the rest.  We would totally recommend that anyone wanting to support a charity should give it a go. We are both so happy with the money raised and people are still donating, makes us very proud to have done this in Nikey's memory.” Jade and Lola have so far raised about £1,405 of their target. 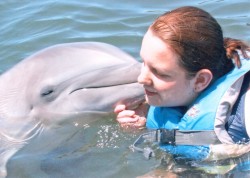 Nikey’s sister Ceri has been making and selling Jewellery like Nikey used to.  She has so far raised £1000 with some of these proceeds going to SUDEP Action.

Nik’s Shout for Epilepsy will be holding a Zumbathon in aid of SUDEP Action on 28 September 2013.  They will also have a disco night in September with part of the proceeds from this event going to SUDEP Action.  Caron revealed that they are planning to hold a big Ball on 17 May 2014 which is three days before Nikey’s birthday and would like this to be an annual event.

Caron talked about what keeps her motivated to do all the fundraising saying she needs to keep busy and she wants something positive to come out of something so tragic.

SUDEP Action Fundraising Manager Rachel Groves commented: “Nikey obviously touched so many people in her life. Her death has obviously affected them powerfully. What a tribute to her.”