My Name is Natalie Treadwell. I am a normal person, and like all normal people I have a story. I don’t do that much work personally for charity, but that is because there is only one charity that stole my heart. On December 23rd, 2006, my youngest sister was ripped out of my family’s lives forever and I not only lost my sister, I lost my best friend too. Here is our story. 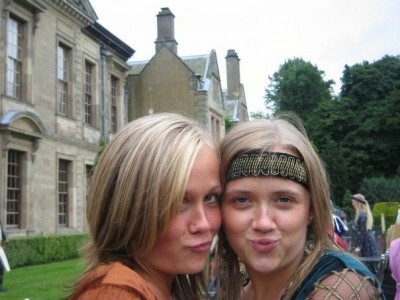 It was like any other Christmas, excitement was in the air, everyone was dashing around buying food and last minute presents, going out with friends ... until that morning when the whole world melted away. ‘Sudden Unexplained Death’ perfectly named if you ask me, simply explained to us as an adult’s version of ‘Cot Death’. I had never heard of it before, but as my parents have come to realise through conferences they attend – many families suffer the consequences of it every day. Due to my sister having had a fit in the previous 18 months, the Coroner announced the cause of death as ‘Sudden Unexplained Death in Epilepsy’ (SUDEP).

Kathryn was offered medication for her epilepsy but she turned it down; she had just started university and wanted to enjoy her experience there and not have the drugs interfering with her studies. If she had been more aware of SUDEP, would she have taken the medication and enjoyed more of the university experience and of life? We will never know - but I would like to be able to help somebody else’s family understand, and help those other families that have been torn apart through the loss of someone who didn’t deserve to go.

Her name was Kathryn, she was truly beautiful inside and out, she was intelligent, funny and quirky in a special Treadwell kind of way that made her lovable. Her funeral was breath-taking; the amount of people that attended made our hearts ache. The number of lives she touched for such a young age made me proud to be her sister. She wanted to be a Librarian or Historian, and I have no doubt she would have achieved her goal – she was both ambitious and determined, if she only would have had the chance. 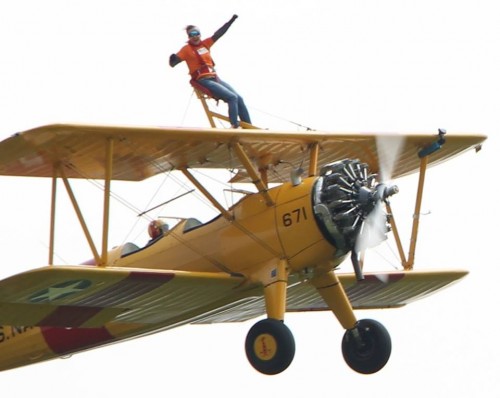 chance to say goodbye to their best friend. It will be 10 years this December, a decade without such a shining star; sometimes I wonder how there has even been light in our lives since she was taken.

Luckily there are charities such as SUDEP Action to help people with their loss; they help you find your way again. SUDEP Action have helped my family and I want them to be able to help others too.
Five years ago I did a Skydive in her memory and I raised £2,500 for the charity. This time I wanted to do something else I know she would have been crazy enough to do with me!  She was extremely selfless and would not have thought twice about doing something for charity – so I feel that bit closer to her.

Once I had decided to do a Wing Walk there was no going back and it was fundraising all the way until a beautifully sunny (but a little windy) day in May when it became a reality. Climbing onto the plane and standing there waiting to take off was really scary and as I looked across at my partner Ian, he just smiled and winked at me – and I knew then that I could do it!

When the plane took off I felt like a bird, and it was really scary to start with believe me - it was cold and windy! But what an experience once I was up there! At one point I looked up to heaven and said I love you to my angel – I felt that bit closer to her then.

So far my Wing Walk has helped me raise £3,500 for SUDEP Action. I have been totally overwhelmed by the love and support that people have shown to me during my fundraising, but I’m also thrilled to know that all of those people are now aware of SUDEP, and have contributed towards helping SUDEP Action help more families.

I would like to thank my Mum and Dad, they were amazing and they are the most inspirational people I know; I feel honoured to be their daughter and I could not have completed the walk without the support they gave me.  Also, Ian Pugh; I know I was a nightmare from the time I decided I was going to do the Wing Walk to the celebrations he had to carry me home from afterwards! He remained my rock throughout, supporting me and loving me – even though he never met my sister, I know she would have loved him.

And finally I would like to thank all my friends and my colleagues who supported the raffle, the bake sale, the dress down days and the spin class that helped me raise this fantastic amount for the charity which will always be close to my heart.