A mother’s determined fight against SUDEP

3rd Apr 2013
One of the founders of Epilepsy Bereaved admits the anger she still feels over her daughter’s death is what drives her to continue raising awareness about SUDEP 20 years on.

Natalie Kelk was just 22 when she was found dead in her room following a seizure in 1992. She had failed to turn up for a shift as a hotel receptionist when colleagues 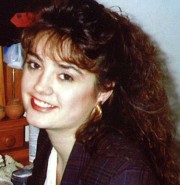 sounded the alarm and made the devastating discovery.

Natalie’s mum Sue said she and her husband Ray had no idea their daughter could die from epilepsy – and at the time, neither did anyone else.  “I was shocked, numb, in disbelief – I just couldn’t believe it,” said Sue, from Canterbury.  “I was also angry.  How could epilepsy kill her? How could she die? I had only spoken to her a couple of nights before when she’d just come off reception and she was full of life.

“We were told it was extremely rare to die from epilepsy; in fact so rare it was not worth mentioning. Our GP said you’ll never know why she died, but I just couldn’t leave it.  I went to see her specialist and he said there was absolutely no doubt that Natalie died from a seizure. From then on I needed to know: Just how rare was this? Was my daughter the only one in the country?”

Desperate for answers, Sue rang the British Epilepsy Association helpline, who put her in touch with Dr Stephen Brown, now chair of EB trustees. He asked her to detail exactly what had happened to Natalie.  Through that contact, she was put in touch with four other bereaved women, including EB’s director Jane Hanna, and the group discovered there were many other young people dying from sudden unexpected death in epilepsy (SUDEP).

Epilepsy Bereaved was launched in 1995 to support families bereaved through seizure related death, and to campaign for a better understanding and prevention of SUDEP.  Since then EB has become a globally renowned authoritative voice on SUDEP and has invested hundreds of thousands of pounds into mortality research, which has provided clinicians, governments and policy makers with vital evidence on risk factors that could save many lives.

Sue, who worked for the charity for 10 years, said: “I can remember when Natalie died thinking the world will know you can die from epilepsy because I will make it. I didn’t know how, but that was how angry I was.  “After all, Natalie is not here to shout for herself, so I will shout for her. I’ll do this for Natalie – that’s how I saw it. It’s love at the end of the day. You will do anything for your kids when they’re alive – and you’ll still do it when they’re gone.”

It is this drive to make people aware of SUDEP that prompted Sue, 65, and semi-retired house builder Ray, 68, to hold a charity golf day at Boughton Golf Club, near Faversham, Kent, to commemorate the 20th anniversary of Natalie’s death, and to raise £1,535 for EB, the charity she helped found.  “I wanted it to be a fun day because Natalie loved life,” said Sue. “My husband was worried we wouldn’t raise much money, but I didn’t really care. I just wanted a special day for Natalie to mark the anniversary and to keep her memory alive and to make sure she is not forgotten. That’s very important to my family and her friends.

“It was a nice social event and people were amazing. Many of them didn’t know me 20 years ago, so had no idea I’d lost my daughter or that you can die from epilepsy. They wanted to know more about this charity I’d helped set up.”

The golf day was one of many charitable events organised by Sue’s family and friends to raise awareness. Her son Martin, 46, and daughter Vanessa, 40, have both run marathons and half marathons and there have been concerts, dinners and an auction.

Sue, who now has six grandchildren, says: “Every milestone is difficult because Natalie isn’t here. It always feels like there’s someone missing. You get used to it because you learn to tolerate the pain.  “Although I grieve for my loss; more than that I grieve for her loss and what she’s been denied. That’s where my anger comes from. She will never get married or have children.  That’s why it is so important I continue to fight to get people to know about SUDEP. It’s too late for Natalie, but if I can save another family from going through our experience, I will.”