26th Apr 2017
A place to thank, appreciate and celebrate our fundraisers.

We can’t thank our super fundraisers enough for their amazing work. This blog is full of fantastic March fundraising. 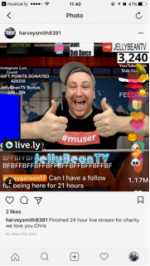 Online comedy show Jelly Bean TV aired a 24 hour show! They told us: “We did a 24 hour livestream on musical.ly on Saturday (March 4th) and gave 50% of our gift points to two charities. One of our families, we are friends with on musical.ly, suffers with epilepsy and was actually in ICU the weekend we did this (fortunately, they are recovering at the moment). Your charity, SUDEP Action, is very dear to them, so this is why we chose you guys to donate to, as we also know that epilepsy charities are some of the least donated to. We hope our donation can help you and we loved doing this. It was so much fun for us and we were so overwhelmed with the support we received.” 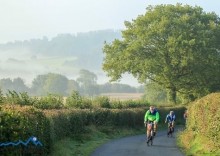 The annual Mad March Hare Sportive (5 March) went ahead, despite facing dreadful weather. Event organiser Dan Fox informed us:  “At 7.30am on the day, the heavens opened on a biblical scale. When tucked up inside a warm house this this isn't normally a problem, but for the 1,100 cyclists who planned to ride 72 miles from Birmingham to the Cotswolds (in aid of SUDEP Action) it most definitely was a problem. Especially, considering it was only 4deg! In the end, only 649 brave souls departed and only 525 finished. They are all most definitely as Mad as a March Hare. Fortunately, the weather cleared up later on and a good day was had.” 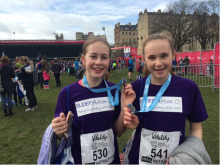 Siena Carter and Jodhi Matthews took part in the Bath Fun Run, in memory of Rosie Carter. They commented: "On Sunday 12th March we took part in a one mile Fun Run in Bath. We did this to raise awareness for SUDEP Action and in memory of Siena's cousin, Rachel Dixon.  We both really enjoyed it and were proud to wear our SUDEP Action t-shirts." As well as the run, Siena (along with classmates) held a successful cake sale in March, where 75 of the tasty cakes were handmade by Siena. 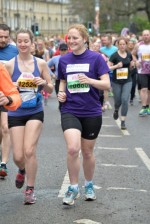 Bethan Tomlinson ran the Bath Half Marathon in memory of Rachel Dixon. She informed us: “In July 2016, I completed a 10k Race for Life and survived! Following this, I decided to challenge myself with Bath Half Marathon. I had been meaning to raise money for SUDEP Action for some time, as the charity is very important to me. I lost a close friend to SUDEP seven years ago, when she had just turned 18. I saw Rachel as a big sister and looked up to her while growing up. The race itself was tough, but the incredible atmosphere and fantastic support from family, friends and colleagues carried me over the line. It was emotional and uplifting in equal measures. I would definitely run again next year, and anyone reading this, feel free to join me!” 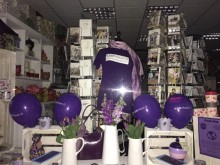 Michelle Samuel invited local businesses and shop keepers in Heathfield, East Sussex, to #GOPURPLE leading up to Purple Day (26 March). Heathfield did not disappoint and Michelle was in awe of the spirit of the residents.  Local MP Huw Merriman, also supported and tweeted about #PurpleDay2017. Michelle supports SUDEP Action in memory of her sister Diane Croft. 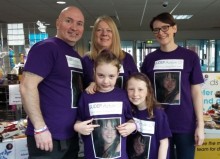 Lynn, Billy and Alice McGoff along with brilliant helpers – Ava, Keighley, Kerry, and Martin - held a Purple Day fundraiser at their local gym in memory of Sam Ahearn. The event was a great success. Lynn informed us about the day: “It went really really well with lots of people asking questions and taking leaflets. We were approached by a couple of people who are living with epilepsy and hadn’t heard of SUDEP. They took away lots of leaflets and also are going to discuss it with their consultants. In all, the day went really well.  As per usual, as it was in memory of Sam, the sun was shining, and her song ‘Ain’t no mountain high enough’ was playing.” 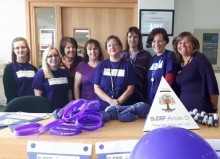 The super team at Framfield House Surgery also supported Purple Day, in memory of Alan Davies. Lindsay Baskett, Deputy Practice Manager informed us: “Staff at Framfield House wanted to take part in Purple Day, due to the sad death of one of their young patients, Alan Davies who died of Sudden Unexpected Death in Epilepsy (SUDEP). The staff felt they would like to raise awareness. So on Monday 27th March we dressed in purple, sold wristbands, purple cakes and pens and decorated the surgery with purple balloons. We raised funds and had lots of questions from patients regarding SUDEP.”

Our vital work in bereavement support and epilepsy death prevention can only happen thanks to wonderful people like you.

If you have been inspired to take part in a fundraising event please call us on 01235 772850 or email [email protected]. We can help you with materials, advice and information.

If you took part in an event in March which you would like featured in this blog, then it is not too late! You can give us a call or email to let us know.