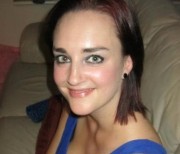 They explained what motivated them to do the walk saying: “Epilepsy is still very much misunderstood and lots of people can't live a normal life as we know it, due to having seizures every day and "switching off" periods etc, it can also be fatal.  We are doing this challenge in memory of Rebecca Hayward, who sadly passed away last year from Epilepsy. We never had the good fortune to meet her, but know her brother and how she is greatly missed. It is tragic that this has happened to someone so young, with their whole life ahead of them.”

They added: “Epilepsy doesn't just change the life of the sufferer; it can also change the lives of their family and friends. Fiona's father has Epilepsy, and his life has changed dramatically over the years. He has "switching off" periods and the shakes most days, these can be mild to severe. This has a massive impact on his day to day life.  There are many more people like him who go through this every day, with more research hopefully this can change.”

Fiona Jopling and Joanna Seymour started their trail at Westbury on 12 July 2013.  It took them through Pewsey, Marlborough, Hackpen and Devizes, providing them with views of the eight white horses which are cut into the turf of Wiltshire's chalk hillsides.

They ended up back in Westbury on the 14th July 2013.  The terrain was varied and they trekked through valleys, woods, up and down hills and across open fields.  Many sections of the route were fairly remote and it was possible to walk 10 or more miles without seeing anyone else.

Fiona and Joanna described some memorable moments from their trip which they said included: “Bashing through an entire field of head-height grass, roaming endless 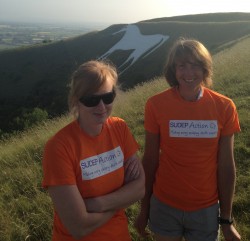 crop fields in the blazing sun trying to get back on the correct route. That extra spurt of energy after coming across swarms of buzzing flies!”
They say the walk was a true challenge because they had to do 90 miles in 3 days and had no previous trekking experience.

Rebecca’s brother Boyd Hayward thanked Fiona and Joanna for their support saying: "I've been overwhelmed at the lengths people are prepared to go to raise money and awareness in Rebecca's name. Fiona and Joanna's effort has been amazing and the fact temperatures were so high that weekend makes it all the more impressive! My dad and I can't thank them enough."

SUDEP Action Fundraising Manager Rachel Groves uplauded Fiona and Joana’s efforts saying: “30 miles each day for people with no trekking experience! I’m blown away. Sponsored walks are such a great way to fundraise as most of us can manage a few miles, but this is above and beyond. Well done to them both.”
If you would like to support Fiona and Joana's efforts visit: www.justgiving.com/whitehorse-challenge