Jan Burns – speaking at the Houses of Parliament 4 June 2013 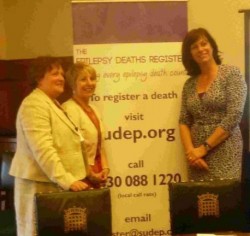 Until 19 months ago I lived a normal family life.  My children Isabella then 14 and Charlie just 10 were both perfectly healthy.  I knew very little about Epilepsy and had never heard of SUDEP – Sudden Unexpected Death in Epilepsy.

On the 7th October 2011, Charlie had his first seizure.  It was one of the scariest things I have ever witnessed.  He had been perfectly fine, no indications that anything was wrong, he had not been unwell, and did not have a temperature.  We called 999, and were told that Charlie had experienced a Febrile Convulsion.

Over the weekend Charlie was fine but we were not happy with the diagnosis, on Monday 10 Oct, we took him to see our local GP. Charlie explained that he often woke up during the night gasping and needing a drink and quite often couldn’t feel the rest of his body. Our GP suggested that Charlie might be suffering with Nocturnal Epilepsy and referred him for an emergency appointment to see a Neurologist. The earliest available appointment was the 18th November 2011.

On Tuesday 11 Oct 11, Charlie went to school as normal, showing no signs of sickness or temperature throughout the entire day. After school he went out to play. He was totally himself and took him to visit his sister at boarding school. We had a lovely evening and Isabella felt much better having seen Charlie back to his normal self.  Charlie went to bed that evening at 8:45 pm, an hour later we went to check on him and he had had another seizure. We were downstairs and heard nothing! Charlie’s 2nd seizure caused a bleed to the brain, and ultimately killed him. So in 4 day from start to finish, Charlie was dead.

In April 2012, once Charlie’s Death had been recorded by the Coroner as SUDEP, we decided that some good must come out of such an awful situation.  We researched SUDEP and Charities that we could support.  We chose to contact Epilepsy Bereaved (now SUDEP Action), and basically offered our services.  We decided that we would like to try and raise £10,000 in 12 months as Charlie had just turned 10 when he died.  We wanted a legacy for Charlie and his death not to have been in vain.
Our family and friends all wanted to do whatever they could to help.  We held various charity events and these soon escalated.  We told our story wherever we could and to whoever would listen, and with the support of local papers and radio stations we were able to spread the word that Epilepsy can and does kill.  We were completely overwhelmed when on the 11th October 2012, exactly 12 months after we lost Charlie and just 6 months into our campaign, we hit our initial target.

We are also aware that our story has helped save at least 4 lives locally. Members of the public have contacted us with their personal stories and have now been diagnosed and are being treated for Epilepsy.  Great Western Ambulance Service has now introduced new training for all members within their organisation.  This is testament to the power and impact our story has had on people in our local area.

I made an appointment to meet with my local MP to see if there was anything the government were doing to raise the profile of SUDEP and Epilepsy.  My local MP was a certain lady called Claire Perry.  Well we all ended up in tears, because as a parent, our story pulls at heart strings.  Claire vowed she would help, and true to her word, she went beyond helping, she has now become SUDEP Action’s Patron, and I cannot think of a better ally for them.

There appears to be a misconception that sufferers of epilepsy have many additional problems, such as learning difficulties, Asperger’s, and Autism.  Whist this may be true in some cases, it is not true in all cases.  Charlie had no other problems, he was extremely intelligent, loved school, learning, reading and playing.  He was a typical boy, our cheeky chappy had an absolute zest for life.

We are now into our second year since Charlie died.  We have raised just short of £17,000 in 13 months, with our biggest fundraising events yet to come this year, and we still tell Charlie’s story to anyone who will listen.  But what has really changed?

The most significant development has been the launch of the Epilepsy Deaths Register by SUDEP Action, a place where bereaved families and friends can register an Epilepsy related Death.  This information will be stored on a DATA base in order that Clinicians can extract relevant information for medical research, in the hope that this information will one day help towards finding a cure and prevent more unnecessary loss of life.  This information will also highlight the number of people who are losing their lives to SUDEP.   Sadly it is my opinion that numbers may well initially rise as more deaths are accurately recorded.  Every Coroner, doctor, nurse, paramedic, A & E department, hospital ward and member the NHS needs to be aware of this register and be able to sign post it to friends and families who lose loved ones and where Epilepsy is suspected as a cause of death.

Sadly however Epilepsy is still not openly acknowledged or discussed.  It still carry’s myths and is associated with madness and asylums. The day Charlie died; we decided we have a responsibility to tell our story.  We also have a duty of care to prevent other parents going through the pain and sorrow we have to suffer and endure daily.

Currently the media do not feel it is trendy to mention Epilepsy.  I don’t want somebody high profile to have to lose a child, before people sit up and listen.  It shouldn’t need to take an Ann Diamond effect before all mums and dads are made aware of Epilepsy and SUDEP.   Each and every person sat in this room now has the same responsibility as me as you are all aware that Epilepsy can and does kill.   Let’s face it; 19 months ago, I had 2 perfectly healthy children.  Isabella is now 16 and we’ve lost Charlie.   My story is sad, but it’s my most powerful tool and the only tool I have to reach out to you. 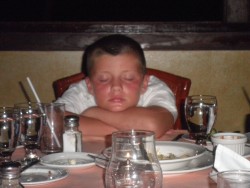 Karen Osland, Acting Chief Executive of SUDEP Action said: "I would like to give my thanks to Jan, who delivered a moving presentation at the event. The MP’s who attended have promised future commitment to our cause, we could not have asked for more.  It is only with the help of bereaved families that we are able to get our message fully across and we are truly grateful to those who supported the day, either in person or by writing to their MP’s."