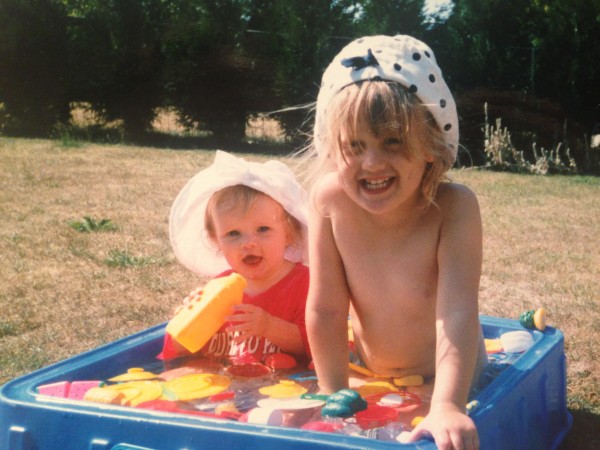 I had dreamed of doing an Ironman since watching the story of Team Hoyt, a father and son triathlon team in 2010. The father, Rick pushes his son Dick throughout a variety of endurance events. I watched Rick pull his son in a dingy around the 2.4mile swim, carried him for 112 miles on the front of his bike and pushed him through the marathon which makes up an Ironman. I was mesmerised, despite considering the distances impossible, I was determined to one day complete an Ironman. 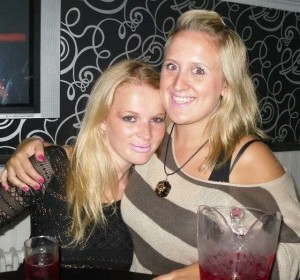 Deciding to compete in the Kona, Hawaii stemmed from the day we lost my niece and best friend Rosie due to SUDEP. Rosie died on the day I became an Ironman in Tenby, Wales. My family had decided to keep it from me in order for me to finish so when I crossed the line, physically and mentally exhausted after 14 hours 5 minutes, my euphoria was greeted with tragedy. It was the worst day of my life.

I lay awake that night, unable to sleep; I made a promise to Rosie that I would qualify and compete in the Ironman World Championships in her honour. Rose was always very philosophical about shooting for your dreams so it was a perfect testament to her. It would be Rosie's legacy.

I trained for two years for the event in Kona. I qualified the year after we lost Rose, fittingly in Tenby where I braved all the emotions of the previous year. In order to qualify I had to come in the top of my age group, no easy feat. Then I trained for a further year in Lanzarote for the main event.

Throughout my journey I have had to remain steadfast, resolute and particularly determined. Ironman is 50% mental so these things are vital. You will always hit lows during both the training and the event but you need to pull through the bad times. I kept my head focused on why I was doing it. 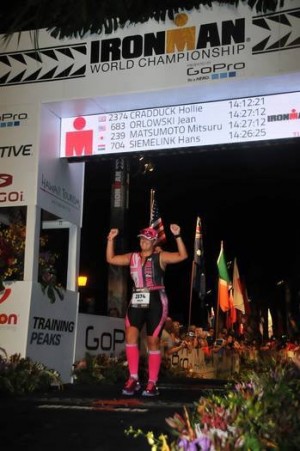 In Kona, I lost over an hour on the bike after puncturing three times and having to wait for a mechanic due to only having one inner tube. There was no way I was quitting so I just had to try and smile it off. I could only control the controllable and that was myself. There is nothing I can do about bike issues or glass on the road. Because of this it took me 14 hours 11 minutes to complete.

The best moments were the lead up. I am a self-confessed 'Iron-geek' (a word I coined myself). I love the history of Kona; the first Ironman was formed in 1978 by a swimmer, a cyclist and a runner who wanted to know who was the toughest out of them. To meet the legends of the sport, past and present was truly amazing and a surreal experience. I was also honoured to meet all of the professionals I respect.

Now I feel relief, not only was this a journey for Rosie, it has also been pivotal for my own mental health. Having the goal of Kona kept me going when I felt like quitting altogether. Therefore I cannot stop. I have been chasing this goal in Rosie's memory for 2 years and do not want to experience the crash in emotions when it finally sets in that I have nothing left to aim for. So I am continuing to train and find a new challenge. I will always race with Rosie in my heart.

I have now written a book about my journey to Kona. It mainly focuses on what I did after completing Tenby and when we lost Rosie. I am honest about my grief and try to create the feeling to others that anything is possible. Kona was considered an impossible dream but I made it possible with my inspiration from Rosie. I owe a lot to Ironman for getting me through the hardest moment of my life. I also hope that the book will open eyes to grief as well as create awareness for SUDEP Action. I expect the book to be available in early 2016.