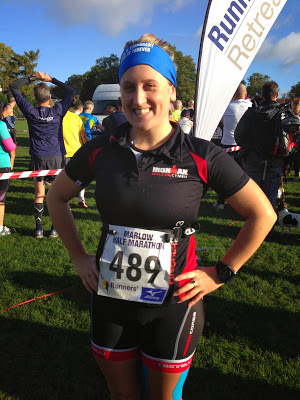 Hollie Cradduck qualified as an Ironman in Wales on 8 September 2013, achieving her lifetime dream.

The Ironman challenge is an-endurance triathlon consisting of a 2.4mile swim, 112mile bike and a 26.2mile run which has to be completed in 17hours. It is said to be the toughest course in the world and Hollie completed it in an amazing 14hours 5minutes, exceeding her own expectations.

However, Hollie discovered after crossing the finish line that her 19 year old niece Rosie Carter who had travelled to Tenby, Wales to support her, had died in her sleep.  Talking about her experience that day Hollie said: “With my euphoria came tragedy.  My relief and pride was swept with grief."  Hollie describes the day as the best and worst day of her life.

Now Hollie, 22, is aiming to compete in the Ironman World Championship in Kona, Hawaii to raise money for SUDEP Action in memory of her niece Rosie.

Hollie says since then she made it her promise to Rosie to get to the World Championships in Kona, Hawaii in 2015.  Hollie says she will stop at nothing until she achieves the championship in Rosie’s honour. Hollie stated this would obviously involve a rigorous and very strict training and nutrition plan.

Hollie says Rosie was more like a sister to her.  She revealed that she would focus her attention on her next challenge to Kona to overcome her grief and do Rosie proud.

Hollie talked about her work for SUDEP Action saying: “I believe that raising money for a cause so close to my heart will help the charity as well as give me the much needed motivational boost. This charity does invaluable research into Epilepsy related deaths as well as offer much needed support to the families and friends affected by such a tragic death (people like me). If anyone reads this and is kind enough to donate I would be so incredibly grateful - as you will all know it means so much to me and my family as this charity is so close to our hearts.”  Hollie's Just Giving page.

Hollie has received some good media coverage for her work in her local papers such as the Daily Echo.

SUDEP Action Acting Chief Executive Karen Osland commenting on Hollie’s inspiring efforts saying: “Hollie and her family must be so devastated by the sudden death of her niece Rosie, sadly they are not alone as there are at least 3 epilepsy related deaths each day in the UK.  As a small charity we rely on the generosity of people who push themselves to the limit to raise awareness and funds for us to work towards reducing these unnecessary deaths. We wish Hollie all the very best and hope she will find the strength and determination needed to reach her new lifetime goal and qualify for Hawaii.”