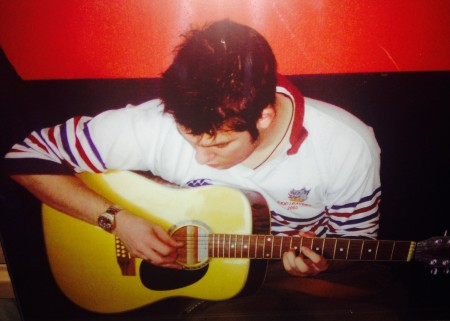 My son Alexander (known to the family as Zed) was a young, healthy, 20 year old studying Medieval History and Russian in his second year at Exeter University.  He had just arrived home in Sevenoaks for the 2004 Christmas vacation with his mother, sister and younger brother.

On Christmas morning in 2004, Alexander’s mother went into his bedroom at 7.30 a.m. to wake him up for his volunteer shift at an old people's home in Sevenoaks.  She found him lying cold and unresponsive on the floor of his bedroom, and called his sister and brother to give him CPR while she called the ambulance service.  He was taken as an emergency to hospital in Tunbridge Wells, where he was pronounced dead at 9 a.m.

I was spending Christmas in Essex with other relatives and had to drive 100 miles to get to the hospital once I was told what had happened.  The autopsy gave the cause of death as SUDEP; the first time we as a family had ever heard of the acronym.  Zed had never been diagnosed with epilepsy, but had suffered some form of incident a year or so earlier when he woke up with a headache and bloody mouth, having bitten his tongue.

After my experience of losing Zed so suddenly and unexpectedly, this year, I decided to push the Surrey Festival Choir to support SUDEP Action. The choir supports a chosen charity each year for its annual concert in July.

As Chairman of SFC since 2014, I have overall responsibility for the organisation of the concert with the help of the Committee.  We held the concert on 11 July at the Guildford Cathedral. This was the latest concert in an annual series dating back to 1961 in its present form and featured the overture to Bernstein’s opera Candide, his moving Chichester Psalms, followed by Carl Orff’s Carmina Burana.

We had hired a piano from a professional hire firm in London, but at 12 noon when the piano was due to be delivered to Guildford Cathedral for tuning, it was in error delivered to the Guildhall in London, and subsequently arrived 2 hours late!.  Luckily we were able to cope with this.

The 53 strong orchestra, about 150 singers and three soloists sang to an audience of about 350. I delivered a short speech about Alexander's death and my reasons for supporting SUDEP Action before the start of the second half of the concert.

I was happy to hear from Susan Allen, a Trustee from SUDEP Action who attended the event that the retiring collection raised £ 950, and subsequently that the charity was able to get the entire collection Gift Aided.

I am very gratified to have helped organise and run a successful concert in Zed's memory.   Furthermore, the concert gave me the opportunity to bring SUDEP to the attention of a new audience, many of whom will never have heard of the acronym or what it denotes, and what SUDEP Action is doing to advance knowledge in this area.

I would have no hesitation in organising another fund-raiser for SUDEP Action in the future.

I would like to thank all the performers who contributed to the musical success of the concert, and the audience for their generosity. I would also like to thank the Musical Director, our rehearsal accompanist and all the members of the SFC Committee and other volunteers for their invaluable assistance.  We are grateful to the HR Taylor Trust for their financial support.  Finally but by no means least the staff from SUDEP Action for their assistance and suggestions before the concert, and for their help on the night.

To anybody considering the organisation of a fundraiser I would say go for it, but make sure that you involve SUDEP Action at an early stage to benefit from their experience and practical assistance.