I had my beautiful twins when I was 32 and was lucky enough to have a boy, James and a girl, Joanna. Joanna was beautiful and a strong, independent character who loved life, people and travelling.  She especially loved coming home to the comfort of her own cosy space fortified by love and a little pampering to recharge her batteries. 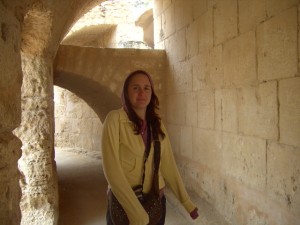 Joanna had her first grand mal seizure when she was 19.  The specialist who saw her would not diagnose her with epilepsy although she was treated with epilepsy drugs. She continued to have seizures and complex partial seizures until she died of Sudden Unexpected Death in Epilepsy (SUDEP) on 27 October 2008.  She was only 24, I believe she would be alive today if she had received a proper diagnosis.

After the shocking loss I spent hours surfing the net desperate for help and support.  I needed to understand my position after this awful death.  I am not sure how I heard about Epilepsy Bereaved (SUDEP Action) but after finding them, it all fell into place, the help, the support, the love.

I contacted the support team soon after my loss because I also had to support my son and my other daughter.  I was desperate for help and support.

SUDEP Action helped me immensely by inviting me to their rural meetings.  I also attended their meetings at Dunchurch where I received help and support.  Their support line has really been my Saviour.  And still, every few months I get such rewarding phone support that really lift my spirits and moral.  They remind me that I am not alone in this most shocking bereavement from SUDEP. 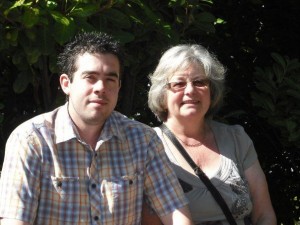 I had no doubts about contacting the support team whatsoever.  When I contacted them, it was like a family waiting to share my disaster.  They were there to listen and to help me follow a positive path which was not so lonely.  I have been using the SUDEP Action bereavement support line for five years now and I would describe it as my life line, my friend.

To me the SUDEP Action support line is like the Mum, Sister or partner I do not have.  They provide me with the warmth of a supportive voice and a feeling of never being alone again. I would not hesitate to recommend this service to anyone.  This service is professional, compassionate and totally confidential; it is a life line, a shelter in the storm. Tracy phones me each month or so to chat and check up on me to see if I am okay.  This also helps to keep me in the loop with what is happening in the charity.