Christine Donaldson creates charity Calendar in memory of her son 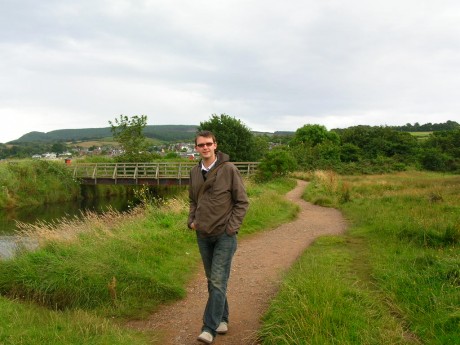 Christine Donaldson has created a lovely Calender in memory of her son Alan Donaldson. Alan died in January 2010.  The Calendar is packed with beautiful photos taken by Alan and his friends.

Christine said: “Alan got on well with everyone due to his friendly, down to earth personality and sense of humour.  He loved a good discussion.  He had the quality to listen to others as well as putting his own views forward.  Alan read widely and was interested in Politics, he gained a 1st class honours degree followed by a masters in politics and economics. He enjoyed an eclectic variety of bands, classical, everything really and he played the guitar. Alan loved football.”

Determined to keep Alan’s memory alive, Christine decided to create a Calendar to share Alan’s photographs and to raise awareness of SUDEP Action.

Christine said: “Alan enjoyed travelling, both abroad and at home. He never travelled far without his camera. He visited Australia, Singapore, many European countries and most importantly his many friends and his family, especially his three sisters.  We loved him dearly. As we have many lovely photographs I decided to produce the calendar to show them to others. I also use a photograph each year on my Christmas cards.”

“It was difficult to choose the best ones so I came up with the idea of asking his friends to choose their favourite photograph, which they duly did.  This also helped publicise the calendar as we want to reach as many people as possible“.

Now with help from her friend, a local printer, the calendar has gone on sale with all proceeds going to SUDEP Action. Alan’s Calendar is available for just £5 each and £1.50 for postage if purchased by email. The calendars can be purchased locally in Lochwinnoch, Scotland or by emailing Christine at [email protected].  Donations can also be made at www.justgiving.com/alan-Donaldson or to SUDEP Action. 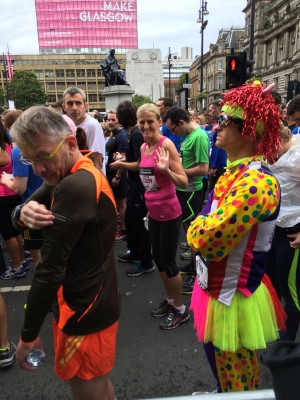 So far, Christine has helped raise about £30, 600 in aid of SUDEP Action in memory of Alan.

In October 2014, Christine ran a half marathon in aid of the charity, describing the event she said: “ There was a tremendous atmosphere surrounding the Glasgow Half Marathon and the course was excellent, taking us over the Kingston Bridge, through Pollock and Ballahouston Parks and round by the Hydro where we knew the end was nigh!!"

"Well done to the pipers who marked every mile and kept our spirits up. I completed the half marathon in 1 hour 54 minutess and 3 seconds - not as fast as last year but as I hadn't trained as much, I suppose all in all it was okay!  Here's to next year!”

Earlier in the year, Christine and her three daughters also hosted a fundraising Swish Night for about 20 friends. She commented: “It really was a great night and surprisingly straightforward to organise.  We laid on a finger buffet and wine which helped the night go with a swing! We asked everyone to bring up to three items which could consist of clothing, shoes, accessories etc. along with a small cash donation.  The clothes were displayed on rails, which I borrowed from a friend, and the accessories were displayed in another room.”

“Firstly everyone had a wee look at what was available, then they chose one item to start.  As the night wore on, the clothes disappeared and the guests, much to their delight, ended up with new dresses, jackets, shoes, jewellery, handbags and much more. This was a lovely way to raise money, meet friends and have a most enjoyable evening.”