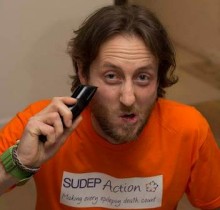 Boyd Hayward is fundraising for our Wearable Apnoea Detection Device (WADD) Project in memory of his sister, Rebecca Hayward. Rebecca was only 28 years old when she died in June 2012. Despite the freezing winter weather Boyd decided to do a sponsored haircut.

I knew I wanted to do something for the appeal as a device like the WADD could have saved Rebecca's life. The timing for a big physical challenge such as a marathon wasn't right. So whilst thinking of other ideas a little voice in my head said "you could get your haircut...?" I toyed with the idea for a short while, spoke to my girlfriend about it then called Katie at SUDEP Action because I knew once I had put it out there; I was more likely to follow through. 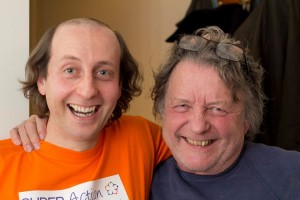 There are so many good causes and some of my friends have done incredible challenges for charity recently. I went with the haircut because I knew it had to be something that was worthy of peoples sponsorship money. Having  not had a short back and sides for around  22 years, my hair has always been a big part of my identity. I posted on Facebook that I might do it and the response was fantastic, so I set a date and set the wheels in motion.

Leading up to the haircut I was nervous, but once I saw my first lock of hair fall I resigned to the fact it was going! The cause more than justifies it. We had a good gathering of friends around with mulled cider and mince pies to mark the occasion.

A good mate offered a generous amount to "get rid of 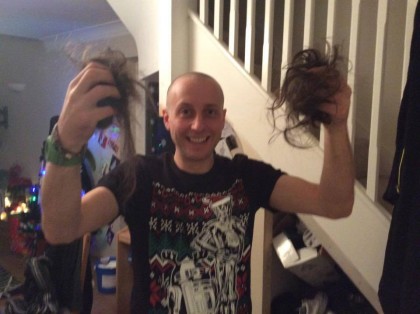 that ridiculous beard" so that came off first then I let a good friend do most of the damage. We videoed it and my girlfriend made this short video clip.... https://www.youtube.com/watch?v=-LcN8efrMyQ

I went to the pub that night with just the top shaved off, gathering a few strange looks from the locals. I then completed the job the next day.

The winter months have been cold but I am so glad to have done it though, the response has been amazing. I only expected to make a couple of hundred pounds so to make close to £1,500 has blown me away. People really must have wanted to see the back of my hair! To someone thinking of cutting their hair to raise funds for the WADD project I would say “do it, it will grow back!”

For more information about the WADD project and how you can support click here: