Lynn McGoff who lost her daughter Samantha Ahearn to Sudden Unexpected Death in Epilepsy (SUDEP) in 2009 has set up a tuck shop at her place of work to help raise awareness. 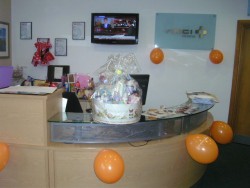 Lynn and her husband Billy McGoff have organised various events in aid of the charity in memory of Samantha who died in July 2009.  Describing Samantha, they said: “she was a happy and caring person, everyone loved her smile and enthusiasm in life. She had only ever had eight fits in total but was under the impression, as were we all, that it would never kill her. It wasn’t until after her death that we heard about SUDEP and once the post-mortem was done to clarify that this is what she died from.”

Lynn says though they have organised many events in aid of the charity, their ‘For the Love of Sam’ event on valentines evening this year was their main event. Everyone wore red and black and the event raised £2000.

Lynn explained that her work colleagues have been very supportive adding that: “I have only been working for my employers for 18 months and I have had so much support from a work friend Kerry Martin.  She helped out on our Valentines event hugely. She also helped out on an Epilepsy week charity event which raised lots of money and advised me to take on the tuck shop sale to raise funds on a regular basis.”

The Mcgoff’s also held a tombola raffle day for National Epilepsy week 2013.  They have already planned a big event for about 50 people for next year. 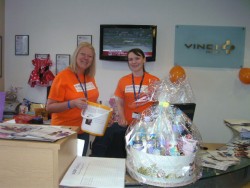 Explaining the reason they are involved with the charity, they said: “we went to a conference in October to meet other people who have gone through what we are going through and it’s comforting to know that we are not alone. We need peoples help raising funds for this charity because without it no research will be done to prevent this condition from happening to more and more people, but also they would be there to talk to us and help us.”

The McGoff’s have so far raised over £25,800 for SUDEP Action and hope the ongoing tuck shop will provide a boost to their target.

Commenting on their support for the charity, SUDEP Action Fundraising Manager Rachel Groves said: “The commitment which Lynn & Billy and all their friends and family have shown since Sam died has been unbelievable. They have managed to pull themselves up when they have been down and always found more energy to drive forward their fundraising. What they have done in Sam’s memory is truly awe-inspriring and has helped us to branch out into new areas of research and campaigning which we would otherwise not have been able to do.”