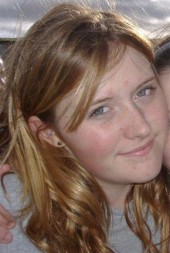 My niece Rachel Dixon died from Sudden Unexpected Death in Epilepsy (SUDEP) in May 2010 at the age of 18.  It was absolutely devastating for the whole family, especially as she had only been diagnosed with Epilepsy just over a year before.

Rachel was studying for her A Levels and was doing her best not to let Epilepsy affect her dreams for the future.  As well as being a fun-loving, energetic teenager, she was extremely warm and caring.  We all miss her terribly.

We felt that the only positive action we could take was to raise money in Rachel's memory in support of epilepsy charities.  My sister-in-law Rebecca Dixon (Rachel's mum) and I took part in various runs for some epilepsy charities in 2010, 2011 and 2012.

In the meantime Rebecca had discovered SUDEP Action (then Epilepsy Bereaved) and received lots of support and advice.  Being a smaller charity that relies heavily on donations from the public and specifically targets research into SUDEP and raising awareness of this relatively unknown condition, Rebecca suggested we fundraise for SUDEP Action in future.  So in 2012 and 2013, Rebecca, Oli (Rachel's brother), my husband and I, started raising money for SUDEP Action through running and a triathlon

Then my daughter Siena, who was only 5 when Rachel died, felt she would like to start contributing to our fundraising efforts.  She sold cakes and put on a dance show with her cousin last year 2013. 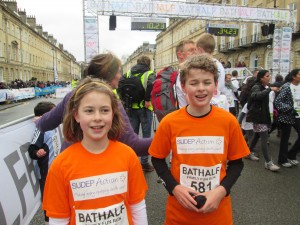 This year Siena, who is now 9 and my son Josh, 11, took part in the Bath Fun Run in support of SUDEP Action.  It is a 2.5km course that takes place before the Bath Half Marathon, a major event in Bath.  Although they both enjoy different sports, neither of them has run any distance before, so 2.5km was quite a challenge. The Fun Run is aimed at children and families and is always well supported.

So far they have raised £347, we are really proud of them both!

To support Siena and Josh visit their fundraising page at www.justgiving.com/joshandsiena.