From idea to launch & beyond; the journey so far

Epilepsy carries a mortality that is, on average, 2-3 times higher than the general population (1), with the risk of sudden unexpected death increased more than 20-fold in young people (2). In the UK epilepsy is the 5th highest contributor to the years of potential life lost (YPLL) in men, and the 8th in women (3). The UK National Sentinel Clinical Audit of Epilepsy Deaths found that 42% of epilepsy-related deaths were considered avoidable (4). A systematic review of international studies has concluded that the public health burden of Sudden Unexpected Death (SUDEP) alone, is estimated as second only to stroke among neurological conditions (5).

In a population study of deaths in Cornwall over 9 years, 80% of people with epilepsy who died suddenly had not been in contact with specialist services in the previous year. Ninety percent of people with epilepsy who died suddenly had a worsening of seizures 3-6 months before the death was reported to the coroner, but poor contact with primary or secondary care service. The study highlighted the presence of modifiable risk factors 3-6 months prior to death. These factors, when uncorrected, had a potential cumulative effect on seizure control and risk (6). One half had a record of alcohol misuse, and a quarter had been taking drugs to treat depression or anxiety. 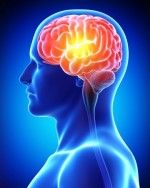 Research, reports and inquiries into epilepsy-related deaths have highlighted the importance of risk assessment and risk management in reducing avoidable deaths (7, 8). A common theme through these reports is the lack of awareness and the underestimation of risk. In some places epilepsy is mistakenly considered to be benign (9).

In clinical practice, especially in primary care, the lack of any tools to support risk management in epilepsy is of concern (10). The problem requires a solution that is evidenced-based, simple to use in a clinical environment, and suitable for use across a range of settings and practices.  It also needs to be flexible enough to adapt as new knowledge becomes available.

Further information can be found here.

Developing the Checklist to address this issue

A comprehensive literature review guided the development of the Checklist (11). Further evidence was gained from a 9 year SUDEP population study (6).  The Checklist was introduced into routine practice in 2013 by local epilepsy clinics in Cornwall, UK. Feedback was collected from 200 people with epilepsy and their carers (12, 13).

Over a two-year period 80% of people with epilepsy, accessing Cornwall epilepsy services, had their SUDEP risk assessed and recorded. This compares well to the national figure for risk assessment. Despite being a recommendation of the NICE guideline since 2004 (14) audits in other areas reveal that the number has been slow to rise (15).

The feedback from people with epilepsy, and their carers, showed that 98% responded positively to the use of the Checklist saying it made them think of issues to address and modify. Many patient will be reassured when risks are low. However, low risk does not mean ZERO risk. Death are reported in those considered to have low risk (2, 4). Those who were previously aware of SUDEP said it was a relief to have the discussion (12,13).

Following the telehealth pilot of the Checklist, the tool was developed further by SUDEP Action & Cornwall Partnership NHS Foundation Trust; it was launched in the UK for clinicians working with people with epilepsy in May 2015. As part of this process a UK Development Group of leading experts in the field of Epilepsy & SUDEP was formed to annually assess the Checklist's content and supporting evidence. This updating process happens each year to ensure the Checklist takes into account new research & developments in the Epilepsy field.

Implementing the Checklist into practice

The SUDEP and Seizure Safety Checklist is useful to both doctors and people with epilepsy leading to a step-up of care and better awareness of safety.  Clinicians reported that the Checklist raised awareness of management of patients at risk of epilepsy-related death (12, 13). The Checklist creates documentary evidence for clinicians on the impact of the treatment plan over time, and demonstrates effective clinical governance whilst enhancing patient safety (12, 16) The most recent Cornwall study provides further evidence supporting the value of the Checklist (17).

Whilst the Safety Checklist was originally developed for SUDEP, risk factors such as non-adherence and depression are relevant to epilepsy mortality generally (8,18). The Checklist list was updated in 2015 to reflect this broader emphasis.

The Checklist has been used in routine practice and welcomed by patients and clinicians in Cornwall (19) and has now been developed into a digitalised known as EpSMon (19,20) which is currently part of the NHS Innovation Accelerator Programme to support its implementation into the NHS. Over 560 Clinicians now use the Checklist and EpSMon has been downloaded over 3500 times.

The Checklist and EpSMon have now been finalists in over 16 awards, winning 5:

See our Case Studies page for how these tools are being implemented into clincal practice.