Epilepsy Bereaved began as a campaign by five women determined to find out why their loved ones had died so suddenly and unexpectedly in the prime of their lives. Jennifer Preston’s son William died in 1988 aged 22. Jane Hanna’s partner and Sheila Pring’s son Alan died in 1990 aged 27. Catherine Brookes’ son Matthew died in 1991, aged 21, and Sue Kelk’s daughter Natalie died in 1992, aged 22.

All these four young people had epilepsy, but not one of them let it hold them back. All four lived happy and active lives, which is why their deaths came as such a shock.  How could such healthy young people just die? Why had it happened? Could their deaths have been prevented?

No-one seemed to have any answers.  There was nothing in the medical text books they read and even pathologists and coroners could not provide the answers.  This left bereaved families feeling devastated and isolated.

Jane decided to speak about Alan dying from epilepsy on the BBC’s investigative programme Watchdog.  Catherine saw the show and got in contact with Jane.  The breakthrough came in 1992 following an article about Jane and Catherine that appeared in the national Independent and the Guardian newspapers.  In the articles Jane and Catherine spoke about their experience of sudden death in epilepsy. 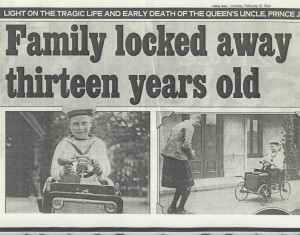 The First News Article on SUDEP in the world.
Their words resonated with Jennifer, Sue and a number of other families who got in touch.  They pledged to get a group going to campaign for a better understanding and prevention of Sudden Unexpected Death in Epilepsy (SUDEP).

At the time, SUDEP was not known or recognised except by a handful of researchers around the world.  The next few years were spent building relationships with this group and by  attending and asking questions at conferences of epilepsy professionals.  This was crucial work at a time when sudden death was neither understood nor accepted.

By 1995 the self-help group had developed good working relationships with experts in the medical community.  Researchers and families agreed to work together to tackle the overwhelming lack of research and information on epilepsy deaths.  This powerful combination continues to this day, but was born from a shared passion rooted in the shared commitment to get answers.

In 1995 five women - Jane, Catherine, Sheila, Sue and Jennifer launched a charity to support families bereaved through epilepsy related death, and to campaign for a better understanding and prevention of SUDEP.  They decided to call it Epilepsy Bereaved because at that time very few people would accept that someone could die from epilepsy.

The charity set in place a system for bereavement support.  This enabled bereaved families to make contact with other people who had experience of SUDEP.  This helped break the sense of isolation, but also provided opportunities for people to assist the work of the charity.