Home › Why your chest matters in a seizure

Why your chest matters in a seizure

5th Feb 2013
A study is underway to look at what disrupts heart and lung activity during seizures that can prove lethal for some epilepsy patients.

Epilepsy affects more than one in 200 people in the UK, but most have a normal life expectancy. However, over 1,000 people die from 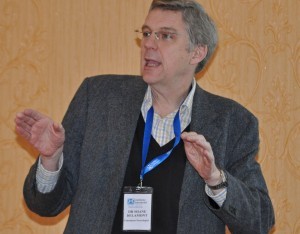 epilepsy each year – more than cot death and HIV combined – and more than half of these are from Sudden Unexpected Death in Epilepsy (SUDEP).

SUDEP is the term used when someone with epilepsy dies suddenly, often after a seizure that involves a loss of consciousness.

It is what happens to the respiratory system that causes those fatal seizures that is being investigated by the epilepsy monitoring unit at King’s College Hospital using specialised equipment.

Consultant neurologist Shane Delamont, who is leading the research team with Drs Lina Nashef and Robert Elwes, said he hoped the project would shed light on what makes specific seizures lethal.

“We know some risk factors, but need to be much better at identifying who is at risk,” he said. “Part of this process requires an understanding of the physiological events occurring during seizures.

“We know that during tonic clonic seizures people involuntarily hold their breath, which means the regulation of breathing by tissue oxygen and carbon dioxide is lost. Because we need the heart and lungs working together as a team to keep us alive, anything that disrupts a component of this team can have serious results.”

Dr Delamont said evidence so far from studies of humans, animals and the few examples of witnessed deaths or near deaths, suggested that some disruption in this team approach to cardiorespiratory function leads to death, hence SUDEP.

The six-month research project, which is being funded by a £10,000 grant from Epilepsy Bereaved, will concentrate on patients aged between 18 and 60, who have epilepsy that is hard to manage, or who experience severe seizures.

Each person will have measurements taken of heart rate, breathing patterns, blood pressure, levels of oxygen and carbon dioxide, as well as detailed physiological measures of cardiorespiratory function at rest and overnight. The hope is that at least 20 recordings will be made of 10 seizures in 20 patients admitted.

It is hoped the findings from this pilot will spark a bigger research project that will look at long term outcomes for epilepsy patients.

“Ultimately, we would like to identify the mechanisms that lead to SUDEP and identify a way of interrupting the process and thus preventing death in this situation,” he added.