Home › Vital SUDEP research to be taken to the next stage

Vital SUDEP research to be taken to the next stage 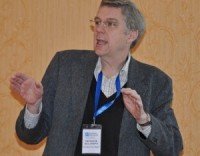 Vital UK research on Sudden Unexpected Death in Epilepsy (SUDEP) is to be taken to the next stage by Epilepsy Research UK.

Dr Shane Delamont and colleagues at King’s College Hospital, found during the pilot phase funded by SUDEP Action, that certain people had altered EEG recordings following some seizures. They wondered if these changes, known as depressions, might have a significant impact upon heart function and breathing, and increase the risk of sudden death.

During the next phase of the study, funded by Epilepsy Research UK, the team plans to recruit 20 people with severe and/or drug resistant (refractory) epilepsy, who are being considered for epilepsy surgery. Subjects will then be monitored intensively before, during and after a seizure; and information about their brain activity, heart rhythm, breathing and blood oxygen content (known as oxygen saturation) will be collected. The researchers hope to obtain complete information for at least one seizure from all 20 participants.

Once the data have been collated, they will be analysed to see if the depressions in brain activity recorded correspond with changes in heart rhythm, breathing and oxygen saturation. If this is found to be the case, the results will form the basis of a larger investigation into the link between electrical depression and heart and breathing functions.

Through this and follow-up studies, it might eventually be possible to routinely identify people who experience depressions in brain activity following some seizures, and who are therefore at a particularly high risk of SUDEP.  It will then be important to sensitively inform them of this risk and provide clear advice on how it can be decreased (e.g. having seizure alarms). In the longer term, interventions that block the mechanisms underlying SUDEP might also become available.

Dr Shane Delamont said: “The research team at Kings Hospital are pleased that the team has received a further grant to take forward work on sudep risk research that began in January this year. Understanding the brainstem controlled physiological changes seen in seizures will give us a unique insight into the profound stresses that people get when they have seizures. It is these stresses which are thought to play a large role in SUDEP. Many thanks to the supporters of SUDEP Action who raised funds to support this vital research to get off the ground."

"Research has been possible due to initial funding of equipment by CSERT and seed funding from SUDEP Action over 6 months which has supported a technican and a physicist to adapt recording equipment to be used in a bespoke manner and collect initial data. Further funding has now been awarded by ERUK to support data collection and analysis of this research pilot over the next 12 months".

SUDEP Action will provide updates of this study on its website as soon as they become available.