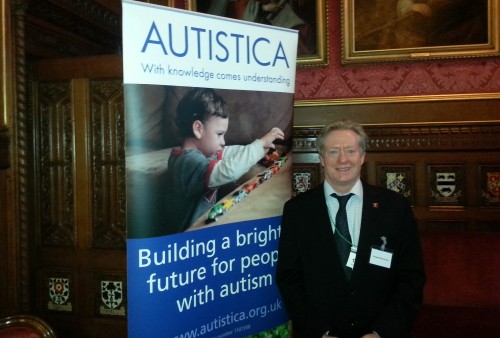 A major report from the leading autism research charity Autistica brings together for the first time research studies that show people on the autism spectrum are dying decades younger than the non-autistic population. The charity is calling for a national response to this hidden crisis, including massive investment in research and an NHS England review of premature death in autism.

The report includes recently published data from the Karolinska Institute in Sweden showing that, on average, people with autism die 16 years younger than the general population. Those with autism and intellectual disability die 30 years before their non-autistic peers, with epilepsy being the leading cause of death. Autistic adults with no intellectual disability die an average 12 years earlier than the typical population, driven in large part by suicide².  Virtually no research has been done to determine how to optimally treat epilepsy and suicidal tendencies in autistic populations.

“This new research confirms the true scale of the hidden mortality crisis in autism. The inequality in outcomes for autistic people shown in this data is shameful. We cannot accept a situation where many autistic people will never see their 40th birthday. Everyone involved in supporting people on the autism spectrum from the Government right down to local care providers has a responsibility to step up and start saving lives as soon as possible.”

Professor Mike Kerr, trustee of SUDEP Action who attended the launch of the report said:

“This research highlights the importance of developing interventions to make life safer for people with autism in the community. Many of the deaths were epilepsy-related.  Saving lives of people with epilepsy and people with autism will also mean we begin to reduce the traumatic impact of these deaths on families and on society."

“Families bereaved through epilepsy share the pain and distress of the autism community and that attention to these deaths is well overdue. Some of our families have experience of autism and learning disability. All share in common that a loved one died from epilepsy. Before the death they often feel excluded, and afterwards abandoned.There are some simple lessons that are long overdue that could help families now. We must cut deaths sooner rather than later. We support all attention and investment in this urgent problem”

If you have been affected by an epilepsy death please visit www.sudep.org or contact our support team on 01235 772852 or email [email protected]