Thousands of epilepsy specialists are attending the 31st International Epilepsy Congress (IEC) in Istanbul, which runs from 5th to 9th September, 2015.

SUDEP Global Conversation, an online resource launched in December 2014 will be promoted at IEC to raise awareness of epilepsy deaths.  The SUDEP Global Conversation project, which began in 2005, aims to combat the myth that seizures do not kill and make knowledge available to tackle epilepsy deaths.  It combines a collection of expert summaries with moving accounts by families bereaved from epilepsy. 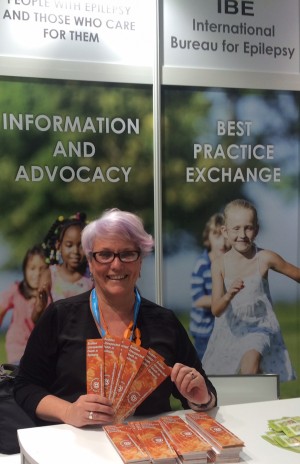 Another team of experts from the UK, Ireland and Australia, who have contributed to the SUDEP Global Conversation, are presenting a scientific poster on ‘The SUDEP and Seizure Safety Check List’ project and the ‘EpsMon App’, both new resources that are supporting professionals and people with epilepsy to engage and manage risk.

The success of the SUDEP Global Conversation is attributed to a powerful three-way collaboration between SUDEP Action, Epilepsy Australia and Canada’s SUDEP Aware, which together reach out to research teams from many countries and over 60 experts from around the world, enabling effective distribution.  The SUDEP Global Conversation project produced 3 books since 2005, but made the decision to go online in 2014 as scientific publications have increased massively in recent years.

Sudden Unexpected Death in Epilepsy (SUDEP) is when a person who has epilepsy dies suddenly and unexpectedly, with no other cause of death established.  It accounts for the majority of deaths in people with chronic epilepsy.  Deaths are also caused by accidents, status epilepticus, and suicide.

Available from the IEC in Istanbul 6-8 September, 2015:
SUDEP Global Conversation bookmarks - at the IBE stand, #17; and
SUDEP Purple Day® materials - at The Anita Kaufmann Foundation stand, #14.