Researchers in Cornwall UK have identified some of the main risk factors of epilepsy related death, particularly Sudden Unexpected Death in Epilepsy (SUDEP). The study funded by SUDEP Action through Kt's Fund has been published by Seizure, European Journal of Epilepsy online 22/02/2014 accessed via Science Direct (http://dx.doi.org/10.1016/j.seizure.2014.02.005).

The research has revealed that many of the patients who died had possibly not been in contact with their health teams despite showing some warning signs before their death. A significant minority of patients had not been in contact with their GP. The findings shed light on medical interventions that could help save lives and encourages healthcare professionals to talk to their patients about SUDEP. 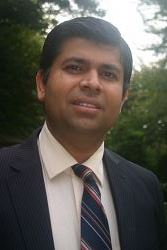 Dr Shankar explained that of the 93 cases looked at, 48 cases met the criteria for SUDEP indicating that Cornwall had about 5 SUDEP deaths per year. He explained that researchers had come up with a safety checklist which has 20 factors from past evidence of risk factors in people who died of SUDEP.

Dr Shankar pointed out that people who had had a repeated increase of seizures in a three - six month period prior demise  and had not been in contact with their specialist team appeared to be overrepresented in the studied population. Only 9 patients of the 48 had met a specialist 1 year prior to death and 21 had contact with the GP for an epilepsy medication review.

Among the 48 cases, 39 had suffered tonic-clonic seizures.  Also, surveillance especially at night was not present in 43 cases but in only 3.  Other risk factors identified in the study were non-compliance with medication and alcohol problems.  Researchers concluded that many of the SUDEP deaths analysed might have been preventable.

The study highlights that some learning points could be translated into public health prevention strategies.  This included educating GPs about the risk of SUDEP and the importance of referral to specialist services when SUDEP risk factors are present.  Other learning points are that the risk factors could be considered for use for screening in primary care to help identify change in seizure patterns or the associated factors.  Also, combined action by health services, social services and patient/carers to control seizures and nocturnal monitoring especially when there is a noted worsening in seizures or the social risk factors increase may minimize the risk of SUDEP.

Commenting on the findings SUDEP Action Chief Executive Jane Hanna OBE, who is currently heading our research and international work said: “The government priority for services is preventing people from dying prematurely, yet the local NHS does not collect information on people who die from epilepsy.  A local partnership of researchers, the local coroner and SUDEP Action and Kt’s Fund have brought vital information to light about the people who have died from SUDEP in Cornwall."

"We will be sharing the findings and our recommendations with the local NHS.  The evidence highlights the need for increased SUDEP awareness amongst professionals and people living with epilepsy in the community. Simple interventions designed to flag up people at risk and access care are needed”.

In the UK, about 500 people die of SUDEP each year. Over 500,000 people in the UK have epilepsy.  Epilepsy deaths accounts for at least three deaths a day in the UK.  Epilepsy related deaths are in the top ten of all causes of early death and so are an important local and national priority.

The study has been funded through Kt’s Fund, a charity set up in memory of 20 year old Katie Hallet who died of SUDEP.  Since her death mum Liz and Stepfather Bob Hollingdale set up a charitable trust in her name.  KT’s Fund has raised nearly £60,000 which has funded SUDEP Action’s Epilepsy Life Project in Cornwall.

Liz said: “When the opportunity came of this big project in Cornwall, we felt it was a fitting tribute to Katie, it was going to be based locally and it was also going to cover all the aspects which we wanted, the facilities that were not available for our daughter to receive.  Katie was never informed of the risks and for me as a mum this is a very important factor.”