SUDEP Action and its partnership of researchers, doctors and bereaved families scooped the prestigious BMJ award for Neurology for enhanced patient safety in epilepsy.

The award, sponsored by the Association of British Neurologists, went to Cornwall Partnership NHS Foundation Trust; Plymouth University and Royal Cornwall Hospitals partnered with the charity SUDEP Action to deliver a comprehensive and innovative approach to reduce sudden death in people with epilepsy.  It recognises the team as having measurably improved outcomes in neurology through innovation and high-quality care. 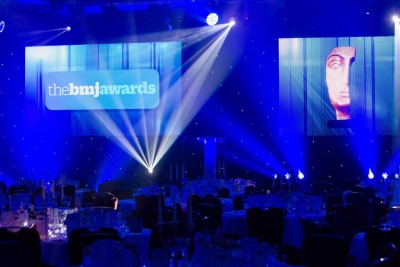 The neurology team led by Dr Rohit Shankar was supported by SUDEP Action and the local project made possible by funding from KT’s fund, a charity set up in memory of Katie Hallet from Cornwall.  Katie was a young nurse who died suddenly aged 20 from epilepsy.

The team developed the SUDEP and Seizure Safety Checklist which has been incorporated into the Epilepsy Self-Monitoring app EpSMon. People with epilepsy can use the app to self monitor their condition and keep track of their wellbeing. EpSMon is part of the national epilepsy commissioning toolkit and the Checklist is now in use in clinical practice in the UK.

The Judge on the BMJ Award panel commented: “A comprehensive and innovative approach to reduce sudden death in patients with epilepsy, and easily transferable outside the UK.”

SUDEP Action Chief Executive Jane Hanna commented: “Like other people with asthma I am called in for a check against known risks. People with epilepsy are ten times more likely to die, and die much younger, but do not benefit from this. The award gives recognition that when teams unite behind the goal of saving lives,  anything is possible. Bereaved families want investment now in safety tools sothat best practice can be spread and lives can be saved. The project has no statutory funding and thanks must be given to all our bereaved families who have raised and are raising funds for the charity and the commitment of all the partners”

Dr Rohit Shankar: “The Checklist has been used in epilepsy clinics for the past three years, and deaths have halved”

The project was carried out as a study led by Dr Rohit Shankar in Cornwall. With the cooperation of the local Coroner, the study looked at all epilepsy deaths in Cornwall between 2004 and 2012. Researchers found that all those who died in this period had changes in clinical factors in the months before their deaths such as failure to treat anxiety or depression and poorer compliance with medication. 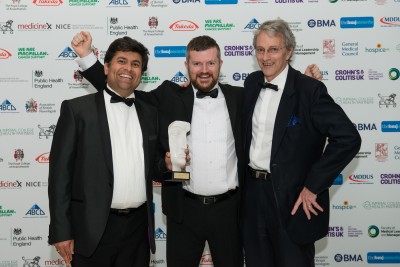 Dr Brendan McClean, Consultant Neurologist at the Royal Cornwall Hospital, who uses and researches the Checklist in his neurology service  said: “I think this will be the best thing that has happened for patients and families for a while”.

Liz Hollingdale who set up Kt’s Fund in memory of her daughter Katie said: “We are delighted to learn about this prestigious award. I hope this will encourage even more people with epilepsy to download EpSMon, and more medical professionals to use the SUDEP and Seizure Safety Checklist."

"The conversation about risk between doctor and patients with epilepsy needs to be accepted as routine, just as it is with other chronic conditions. Katie would be overwhelmed at what has been achieved in her memory.”

Dr. Craig Newman, Senior Research Fellow &amp; Mobile Health Tech Innovations Lead at Plymouth University Peninsula Schools of Medicine and Dentistry, who designed the app, commented: “We are delighted to have won this award. This is a great partnership project and one which has true potential to change the lives of people with epilepsy. It is a project which has captured the imagination of the health care community and those with epilepsy and constitutes a superb multi-disciplinary approach to helping people to manage their health. Clearly, apps are the way forward not just for patients but for clinicians too."