It is well known among our supporters, supportive clinicians and other epilepsy organisations that deaths from epilepsy are a significant and devastating issue in the UK, and worldwide. However, the impact of these deaths, and the vast potential to reduce their numbers each year is not well known among politicians and policy makers.

As part of the All Party Parliamentary Group for Epilepsy (APPGE), we had the opportunity this week to talk to the group about the issue of epilepsy deaths, and the vital support needed to continue making progress in this area. All Party Parliament Groups are MP led group meetings focusing on a specific topic such as epilepsy, where interested organisations and charities attend to discuss important issues and update the group on their work related to that field. These meetings give organisations the opportunity to engage with MPs and ask for support and advice about the topic. MPs are encouraged to sign up to APPG meetings and attend whenever they can. 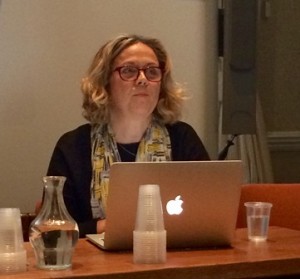 At this weeks’ meeting, held in Westminster, SUDEP Action was represented in two of the three speaker presentations. Rachel Shah, one of our active supporters and a recently appointed Trustee to the charity opened the meeting by sharing her personal story from the perspective of a bereaved parent. She spoke movingly about her daughter Emily, her tragic death and the impact it has had not only on herself, but on all those who were touched by Emily during her life. Rachel also spoke of how SUDEP Action has helped her, and other bereaved families following their loss. It took incredible strength to speak in front of the group, and Rachel’s talk undoubtedly resonated among those in attendance as to why it is so critical that this issue is recognised both within and outside of the epilepsy community.

Professor Stephen Brown, our Chair of Trustees then spoke about the barriers and opportunities to tackling epilepsy deaths in the UK. He talked about the  many barriers that have been overcome in the Charities 20 plus years; from Epilepsy no longer being seen as a benign condition, to the classification of SUDEP, the National Audit in 2002 and increasing international recognition that more needs to and can be done to reduce epilepsy deaths. He talked of the need for increased knowledge, courage and perseverance among Health Professionals, People with the condition, Charities and Policy Makers to get to grips openly and honestly so that action can be taken now.

“Considering what we know now compared to twenty years ago, it is very possible to reduce mortality from epilepsy considerably; because even with current knowledge we can prevent many epilepsy deaths.”

By uniting to tackle epilepsy mortality, epilepsy organisations can work together to ensure resources are shared, duplication is minimised and that each organisation’s strengths are recognised; something we have always welcomed and hope to see more consistently in future. Professor Brown also highlighted how Government can help by acknowledging the significance of this issue both in the House and among their constituents; each MP will have approximately 10 epilepsy-related deaths in their constituency during 1 parliamentary term. 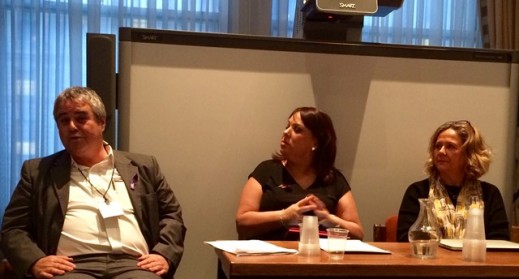 Professor Lay Sander, from the Epilepsy Society, closed the Speaker section by exploring the issue of Co-morbidities; when a person has epilepsy and other conditions, epilepsy deaths and the role that research is playing to look into the epidemiology (cause, effects and patterns) of SUDEP and other epilepsy-related deaths.  He stated that ‘There is no doubt that epilepsy is far from benign’, so it is important for the healthcare system to take a ‘holistic approach to people with epilepsy’ to help improve their quality of life and outcomes.

The speakers and APPGE chair, Valerie Vaz MP, then took questions from the group, before members provided updates about their organisations.

While only a couple of MPs were in attendance during this meeting, there was a consensus and unity among the organisations attending that more needed to be done to reduce epilepsy deaths, and importantly that there are definite opportunities for united working to continue making progress in this area; something we have been campaigning for recently and hope to develop further with the other organisations moving forward.

To find out more about how you can get involved in raising awareness with policy makers or via our campaigns, see here.