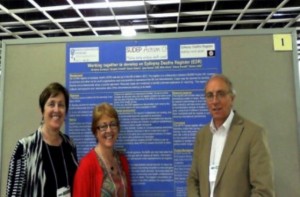 Topics of discussion included respiratory and cardiac mechanisms of death, possible genetic factors, the collection of information about deaths through tissue banks and registries, and how information about SUDEP should be disseminated to health professionals and the community. Sessions were introduced by a person bereaved by epilepsy and these moving presentations underlined the urgent need to advance research, public awareness, and prevention strategies.

Professor Smithson commented: “It was a privilege to present the findings of SUDEP Action’s Epilepsy Deaths Register at PAME and to promote the development of the register. There is a great opportunity for countries to work together to gather vital information and support for research to prevent deaths".

PAME was a positive outcome of teamwork between organisations and individuals in the North American epilepsy community. SUDEP Action was acknowledged as an important inspiration in the work and international cooperation is seen to be a crucial next step as momentum builds around the world for action on epilepsy mortality. 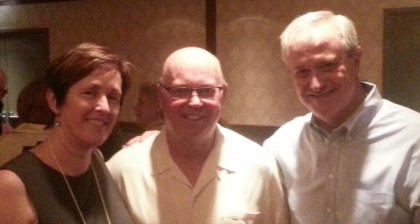 Head coach of the Minnesota football program coach Jerry Kill was a guest speaker at the conference. He spoke to PAME delegates about living his life with epilepsy and congratulated delegates on the important work they are doing. As a person with epilepsy coach Kill has become a leader in the epilepsy community working to increase awareness and inspire people with epilepsy to reach their potential. Dr Rosey Panelli (SUDEP Action) is pictured with Coach Kill and Phil Gattone CEO of the US Epilepsy Foundation.

A wrap up podcast of the conference can be found at  www.facebook.com/PAMEConf.