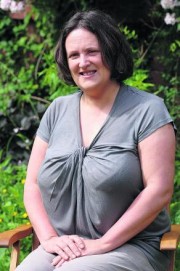 Nineteen years after it was established, SUDEP Action held the first ever SUDEP Awareness Day on 23 October with charity chief executive Jane Hanna OBE hopeful that more lives will be saved as a result of making people aware of the condition.

In 1990 Jane Hanna OBE lost her partner Alan Pring when he died suddenly from an epileptic seizure. Five years later, Jane and four other women who had lost loved ones to Sudden Unexplained Death in Epilepsy (SUDEP), came together to form the charity SUDEP Action.

Jane said: “We decided to hold an awareness day because the research still shows that most people with epilepsy are getting their information from the Internet rather than from a medical professional.

“It’s important that people living with epilepsy have a good discussion with their medical team about their epilepsy and know how to reduce their risk.” 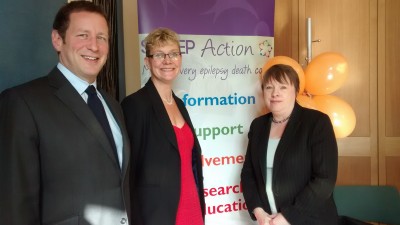 SUDEP Awareness Day was supported by Wantage MP and Culture Minister Ed Vaizey, who has been appointed as the charity’s first president. He hosted a reception at the Houses of Parliament in Westminster on the day.

SUDEP Action staff and volunteers ran an information stall at the Sainsbury’s supermarket in Wantage on SUDEP Awareness Day and people from across the world were encourged to take part in a lemon-sucking campaign on social media.

Participants suck a lemon and then post the video or picture on Facebook and Twitter, with the image representing the bitter grief suffered by families of those affected by the condition.
SUDEP Action communications manager Juliet Tumeo said: “It was a fantastic day. We had many people visiting our stall for the colourful cakes and information leaflets.

“We had a lot of interest from people who have friends with epilepsy and some people with epilepsy but had never heard of SUDEP." 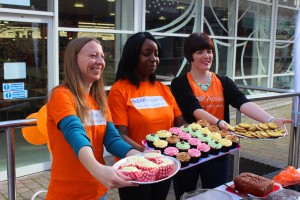 “They wanted to know more about what they can do to stay safe and took away our ‘Be smart, be safe’ leaflets, which highlight ways in which people with epilepsy can reduce their risk of SUDEP."

“At the end of the day all cakes and most of the leaflets were gone. We even had people coming back for seconds.”

Ms Hanna’s partner, a barrister, died at the age of 27. SUDEP particularly affects people in their 20s and 30s.

Doctors cannot be certain why this is the case, but part of the reason may be lifestyle choices at this age, such as moving away from home and changes in diet.

Ms Hanna, 51, said she did not want anyone else to go through what she experienced when her partner died.
She said: “It was like an explosion going off in my life.

“There was no point of reference, because at the time my husband believed the epilepsy was benign and a seizure would not be fatal.
“I want more people to understand what SUDEP is. We’re trying to help families ask questions and support them through their grief.”

Mr Vaizey said: “I’m honoured to be the first president of SUDEP Action. I’m also delighted to be supporting SUDEP Awareness Day, which I hope will help many more people to be aware of the risks some of us face and, in particular, how they can be minimised.”