SUDEP Action is thrilled to announce the clinical trial of a device that could stop deaths. There are about 600,000 people with epilepsy in the UK. SUDEP claims around 600 lives each year in the UK. Young adults are at particular risk. Deaths often happen during the night.

Researchers have developed a small Wearable Apnoea Detection Device (WADD) that could help prevent SUDEP.  A collaboration between two teams at UCL and Imperial College London are working on 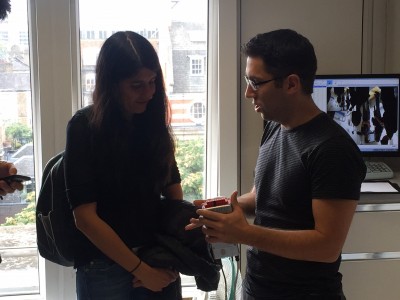 testing the tiny wearable device to monitor breathing in people with epilepsy. The project team includes Professor John Duncan and Dr Fergus Rugg-Gunn at University College London, the National Hospital for Neurology and Neurosurgery and a team of engineers led by Dr. Esther Rodriguez-Villegas, an Electronics Professor at Imperial College London.

The clinical trial has been made possible by an appeal to SUDEP Action’s supporters and major donors which has raised £130,000.

“This is only possible because of the generosity of donors as well as some fantastic community fundraising.  Funding for research and development of innovation to support patients and families is hard to come by. Bereaved families have backed this priority for many years and can be proud of the tribute this pays to all those that have died”

Why is this research needed?

The exact cause of SUDEP is not known. In some cases the heart stops first. However, apnoea has been identified as most likely in the lead up to a sudden death.  The monitoring device could give the alarm when someone stops breathing, providing a chance of saving that life through CPR. The device will trigger an alarm if breathing stops.

WADD has already been researched on sleep apnoea patients and on a group without apnoea and was found effective with high sensitivity and low false alarm rates.  A clinical trial is needed now to test the device on patients with epilepsy. The research would be a significant step towards development of a minute device which could be worn all the time by people at high risk of SUDEP. There is currently no such device in production.

What are the aims? 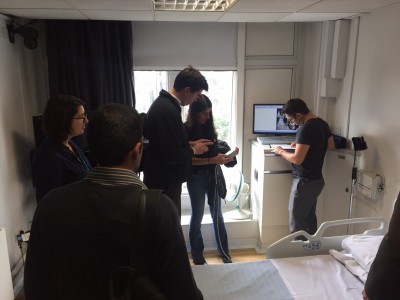 The research team believe that the WADD alarm is a significant step forward for those at high risk of SUDEP who may experience many seizures. The aim is to test the apnoea alarm on people with epilepsy to see how well it works when people are experiencing regular seizures and whether it is ready for commercial development or whether it will need further research and development.

“People at high risk of SUDEP experience regular seizures. Whilst we cannot predict what the research will show at this stage, the hope is that this project will be another significant step forward in the fight against SUDEP. The alert should activate only when a seizure is dangerous. It is important for good seizure control that people get a decent sleep. A device that alerts only in emergency will work well with a treatment plan that supports self-management and prevention of crisis”

How will the research be carried out?

The device will be tested on 50 people with epilepsy to test how accurate and reliable it is on people having seizures. The patients will be recruited through the National Hospital for Neurology and Neurosurgery EEG unit where they are already undergoing tests and observation for their epilepsy. The medical technology and ethics approvals needed to start the trial with patients have been granted and the team has started work.

What can families do now to reduce risk?

The best way to prevent deaths now to reduce risks flagged by research. There are many simple steps that can be taken. The starting point is people with epilepsy knowing their risk factors and working on reducing these (where possible) with their doctor or nurse. Our digital tool EpSMon, backed by the NHS as one of only 8 solutions, and our clinician tool SUDEP and Seizure Safety Checklist are freely available to help have these discussions.

There are an increasing number of commercial seizure alert devices and wearables. Our advice is to check what evidence is available and talk through the pros and cons with a doctor or nurse as part of your treatment plan.

Find out more about other epilepsy monitoring devices, & research into this area here