Since the last E-News, SUDEP Action has held three regional meetings.  In September we were in Exeter and in November we were in Preston and in London for our Annual General Meeting (AGM). 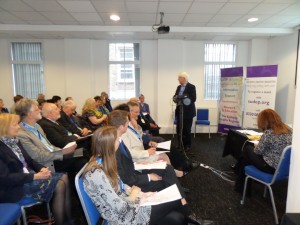 The meetings this year have taken the same theme (with the exception of the AGM) and have included workshops which have provided insight into what is helpful to the bereaved after a death.  The outcomes will be compared with the service we currently offer and will help to shape the services we provide in the future.   The meetings have been well attended with the numbers larger than previous years.

The AGM which took place in London on 16 November was also well attended by members, staff and trustees. The meeting was led by SUDEP Action Chair of Trustees Professor Stephen Brown and Acting Chief Executive Karen Osland.  SUDEP Action Chief Executive Jane Hanna gave an update of all SUDEP Action projects.  Other speakers included SUDEP Action Trustee Guy Neely, Fundraising and Operations Manager Rachel Groves as well as Policy and Participation Officer Nathan Sparkes. Attendees heard about charity activities to date; the reasons behind the change of name and how this has increased awareness of our services. 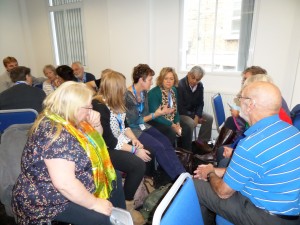 The meeting highlighted the importance of our member involvement and how much we appreciated those who despite having gone through the worst imaginable loss still find strength to work tirelessly to make change.  Attendees took part in group discussions, providing vital information about the charities services and work.

The meeting was well attended with some extra people turning up and received really positive feedback, (despite the cramped conditions!).  It was great to see everyone being so supportive of the charity and of each other.