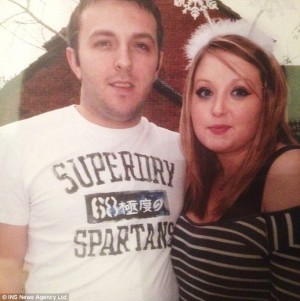 A devastated Thatcham family are preparing for a triple funeral of a mum to be and her unborn twin girls, who all died after she suffered a seizure on Christmas Eve.

According to the Daily Mail, Kirsty Walker was just eight weeks away from giving birth to the twins when she collapsed after having a seizure at home. Paramedics performed an emergency Caesarean to try and save the babies but all three tragically died.

The 31 year old mum and her fiancé Kris Smith were getting ready to enjoy the Christmas festivities with their families. Kirsty had already chosen to name her girls after princesses - 'Soraya' and 'Regan'.

Jane Hanna, Chief Executive of SUDEP Action, who founded the charity following the death of her partner commented: “It’s horrible to hear of a tragedy like this so locally to the charity. This must be so devastating for this family especially when they should have been celebrating. Sadly, the issue of maternal epilepsy deaths is not a new problem. We are aware of several cases where women have died in pregnancy due to their epilepsy including Sudden Unexpected Death in Epilepsy (SUDEP). We are aware from bereaved families quite how traumatic these deaths are and the urgent and deep need to prevent these deaths. This is why it is vital that we continue to carefully monitor these deaths through The Epilepsy Deaths Register. ”

Research has estimated that 1:1000 women die each year from epilepsy during or shortly after pregnancy and that epilepsy-related mortality appears to be a significant risk (Nashef 2014).

Sammy Ashby, the charity’s Policy and Development Manager states: “It is important that Pre-conception counselling is given to women with epilepsy of child-bearing age so that essential information about risks, such as seizures and the effects of anti-epileptic medication can be given. Women who are pregnant or considering becoming so should seek advice from their health professionals who can advise on the best ways to minimise and monitor their risks.”

This is why for over 20 years, SUDEP Action has been working towards prevention of these and other epilepsy related deaths. It is also why we are the UK’s only charity specialised in supporting those bereaved by epilepsy. We manage more than 1000 contacts every year and understand how devastating these deaths can be. It is important that affected families get professional bereavement support following a sudden death such as this. Our free support service is run by highly qualified and experienced staff with more than 30 years combined experience between them.

SUDEP Action provide listening and counselling services, encourage peer group or friendship support, Support people during an investigation or inquest and help people with questions about what has happened.

If you have been affected by an epilepsy death, you can contact the SUDEP Action support team on 01235772852 Email: [email protected]