Home › Sudden Death in the Young; What a terrible waste

Sudden Death in the Young; What a terrible waste

SUDEP Action supporter and top Paediatric Cardiothoracic Surgeon at UCL & Great Ormond Street Children's Hospital Co-Medical Director Professor Martin Elliot gave a lecture on SUDEP.  In his Gresham Lecture at the London Museum, Professor Elliot drew on both his professional and personal experiences of sudden deaths to highlight the misunderstood, significant scale of these deaths, the impact they have and what can be done to help prevent them. 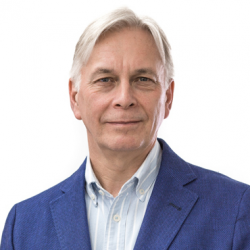 In his talk on the 18th of January, 2017, Professor Elliott discussed his professional experiences of Sudden Cardiac Deaths, and Sudden Unexpected Death in Epilepsy (SUDEP), which has tragically affected his own family since his son Toby, who was undiagnosed, died from SUDEP aged 26.

Professor Elliot said: “The immediate effects of a sudden death are hard for those affected to remember in detail, but they are well-described. There is overwhelming shock, manifest as numbness, anger, despair, disbelief, anxiety and guilt…surely we could have done something. There is some sort of denial…surely this can’t be happening? There is profound questioning ….why did this happen? How could this have happened?"

Sadly, although so little is known or understood about what causes SUDEP, there are known risk factors and it is thought that up to 600 young people with epilepsy die in England suddenly each year.

The lecture not only considered the known causes of each of these conditions, but also looked at the treatments and preventative measures that may be possible, and considered how the system surrounding the investigation of sudden death could be improved to aid research in the future.

“Data should be shared, and all deaths submitted to Registers so that there are complete and accurate population-wide data to analyse. Such registries have begun (for example, SUDEP Action began the voluntary, all source, Epilepsy Death Register in 2013, over 600 cases have now been reported to it.  An excellent response, but almost certainly a massive underestimate of the total number of cases), but need more funding, more work and more time to release their potential value.”

Professor Elliott is passionate about improving the experience of patients and providing them with the insight they and their families need to make informed choices.

“Gresham lectures aim to educate.  As both Elisabeth Donner and Lina Nashef have emphasised, we must educate to protect, and the most effective way of reducing the incidence and impact of sudden death in the young, whatever the cause, is to alert both patients and public alike to the problem and its potential solutions.  And to continue to press our politicians to invest in health services and research. I hope I have helped that process tonight.”

Jane Hanna, SUDEP Action Chief Executive commented: "This lecture was a valuable opportunity to highlight SUDEP, its devastating impact and the vital importance to continue making steps now to help prevent further deaths to a wide audience. Many of whom will be unaware of the scale of this issue. Martin’s powerful story and motivation to see change happen is reflected in many of our bereaved families, who continue to strive for increased awareness and a reduction of epilepsy deaths in memory of their loved ones".

This lecture was part of a series of talks by Professor Elliott called ‘Heart of the Matter’.

A video of the lecture is now available here

A transcript of the lecture can be found here, in the right column of the page under Extra Lecture Resources.

Gresham College was founded in 1597 under the will of Sir Thomas Gresham. It provides free public lectures on various topics, often held in the Barnard's Inn Hall, a rare 15th century survivor of the Great Fire and Blitz.