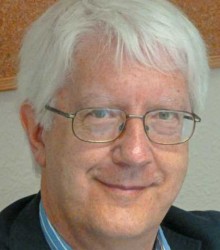 Broadly speaking, SUDEP either occurs because seizure activity affects the heart (both directly and via release of hormones) causing a dangerous change in heart rhythm during or just after a clinical seizure, or because the respiratory centre in the brain stops working during a seizure and does not spontaneously recover. It is of course possible that there may be other mechanisms, but the vast majority of cases seem to fall into one of the above categories. Stopping seizures occurring by effective treatment and management of the epilepsy would therefore prevent most instances.

As more is understood about the genetics of abnormal rhythms in heart and brain, the possibility emerges of identifying those at risk of such abnormal rhythms by specialized tests and using more targeted medication. Meanwhile, first aid might include staying with the person for a while after the seizure has apparently abated. Where seizures still occur despite the best treatment, it seems that one protective factor is having someone else present who can administer first aid, since we know that SUDEP is often unwitnessed. In some people, seizure-related respiratory arrest is associated with EEG flatlining, with recovery occurring if the person is attended. Being rolled to the recovery position may be associated with breathing restarting and therefore may prevent this type of SUDEP, as the brain is stimulated by the passive muscle movement.

In both cases, breathing-related and heart-related, the issues of monitoring and of accompaniment arise.

In our community-based epilepsy service in Cornwall UK we have only had one case of SUDEP in 14 years, although on epidemiological grounds we should have had 30-60 given the size of our clinical population and severity of their epilepsy. Our comprehensive approach to risk assessment and management can be summed up as follows:

1. Optimise seizure control. Seizure related mortality can only happen if there are seizures. This is not just a responsibility for clinicians to ensure best possible treatment. People with epilepsy should know the reason for taking medication and understand the importance of seizure control. Failure to communicate this could lead to poor concordance and therefore increase the risk of death.

2. People need to be able to make an informed choice about accompaniment and observation. This requires a frank discussion about risks. Some clinicians seem to want to avoid having this discussion because of a fear of causing anxiety and of precipitating family tensions around the issue of overprotection. In practice I have not found this to be as difficult or as contentious as those who avoid having such discussion often seem to fear. Many people with epilepsy take the view that although the risk is real, it is nevertheless small, and outweighed by consideration of independence and quality of life, but these decisions are for the person with epilepsy to make, and not for the clinician to decide for them without discussion.

Monitoring devices with the potential to detect seizure activity and summon help broadly fall into three categories: a) movement detectors (including some that also detect other physiological changes), b) heart monitors and c) breathing monitors. With modern technology, these can now be relatively small wearable devices, and when a seizure is detected an alarm is typically triggered on a carer's smartphone or tablet computer.

a) Older, mechanically based alarms for detecting movement in bed were often unpopular due to a high rate of false positive activation by non-epileptic movement activity. Also, there were problems where specialized bedding was used that reduced alarm sensitivity. However, some people found them helpful nevertheless. Current technology now allows the use of wearable electronic accelerometer-based devices that can be refined to detect tonic-clonic seizure-like activity. Such new generation devices certainly have the potential to replace older mechanical alarms. They are best for tonic-clonic seizures, and although research shows high rates of accuracy, they nevertheless may miss some seizures, and occasionally produce false positive activation (Beniczky, 2013).

An extension of pure accelerometer-based devices has been developed that also incorporates detection of changes in electrical activity in the skin that reflects brain activity (Electrodermal Acivity or EDA) and research suggests that this can detect tonic-clonic seizure activity. A commercially available device, designed as a smart wristwatch, is marketed as EMBRACE (Poh MZ et al., 2012). It is possible that further work in this area may allow reliable detection of other seizure types, and also to give warning of impending seizures (Dolgin 2014)

b) At the time of writing (October 2014) a wearable device that monitors pulse rate and triggers an alarm when a seizure-related heart rate change occurs has become commercially available in advance of a clinical trial being carried out, although a trial is just commencing (www.adristechnologies.com, 2014).  There is currently no published data on specificity or sensitivity.

c)  The Wearable Apnoea Detection Device (WADD), based on detecting changes in breathing is being subjected to a rigorous clinical trial programme at the time of writing. Early data, not specific to epilepsy, has been published in a peer-reviewed journal (Rodriguez-Villegas, 2014).

There is a danger that people with epilepsy and their physicians, faced with a bewildering range of devices may have difficulty in coming to a balanced interpretation of the marketing. The best way to prevent SUDEP is to stop seizures occurring in the first place, and this priority must not be lost. The families and loved ones of those who did not use such devices may feel guilty that they missed something. Given the current state of knowledge and research it is still likely that some deaths will occur even when devices are being used, which may lead to a backlash of anger. However, increased commercial interest in this field is to be welcomed and offers hope that one day we will have evidence of a monitoring system that is proved as a reliable intervention for SUDEP.  In the meantime, these monitors can offer some peace of mind. People must discuss with their doctors the pros and cons of each device.  It is important to ask for the evidence on reliability and also evidence on false alarms which can be disruptive for the family.

Device manufacturers have a responsibility to ensure that the same level of clinical trial evidence is obtained as part of the research and development of a device as would be the case were it a drug, and to make this evidence publicly available by submission to peer-reviewed scientific journals. Professionals need to be able to assess the evidence and offer realistic advice to people with epilepsy and their carers.

There is also a growing interest in seizure alert dogs and speculation as to whether they might reduce the risk of SUDEP, both by providing a warning of seizures and reducing seizure frequency. Robust clinical trial data is still lacking, and for the time being potential benefits regarding mortality must be regarded as theoretical rather than proven (Brown & Goldstein, 2014) though the same of course could be said for other seizure detection devices.

Finally, something that held back understanding and research around SUDEP was an erroneous belief that death was due to suffocation on a pillow. It was demonstrated decades ago that this was largely a red herring, and deaths were often misattributed (e.g. Coyle et al., 1994), and extensive use of anti-suffocation lattice pillows in a large residential population (300-400) of people with severe epilepsy at the David Lewis Centre when I was medical director in the 1980s and 1990s made no difference at all to the rate of sudden unexpected death, a personal observation that led to an interest in what was actually happening. Despite this, it is perhaps an interesting footnote see a recent Australian study suggesting that although lattice pillows appear to reduce asphyxia risk, accumulated carbon dioxide may still reach levels threatening to health and survival (Catcheside et al, 2014).

Although more information is needed regarding device sensitivity and effectiveness of seizure-alert dogs, decisions about deployment of these aids are for the patient; the clinician's role is to provide such information as is available. Some people with epilepsy may lack decision-making capacity due to intellectual disability or dementia, and many jurisdictions have a decision-making procedure allowing carers, clinicians and other significant persons such as close relatives to act in the person's best interests, e.g. English Mental Capacity Act 2005 (www.legislation.gov.uk, 2014).