Public Health England has today (27 Feb) published a report on their findings of neurology deaths over a 14-year period (2001-2014). The report has highlighted a 39% increase in neurological deaths since 2001, and people with a neurological condition are 35% more likely to die prematurely.

This insight into neurology deaths is welcomed as it emphasises the urgent need for neurological conditions to be prioritised by the government and health services. 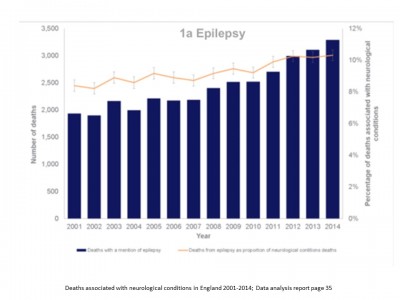 Joe Korner, Chief Executive of the Neurological Alliance said, “The evidence from the National Audit Office and Public Accounts Committee clearly showed that ‘Neurology has never been a priority for the NHS’. We hope that this important report from PHE will be a trigger for improvements in neurological care.”

Increasing numbers of people living with a neurological condition mean there is and will continue to be increasing demands on health services to support these people. Improvements to these services could play a vital role in helping people with neurological conditions to more effectively manage them, which in turn could reduce the number of premature deaths happening each year in the neurological community.

Also, within the report, 49% of deaths associated with epilepsy that were captured were premature, with deaths three times more likely in deprived areas.

Risk factors for epilepsy mortality are known, including risks linked to SUDEP (Sudden Unexpected Death in Epilepsy), which accounts for 50% of epilepsy deaths; as are the steps that can be taken to reduce them. But what is lacking is a national steer to address this issue and tackle avoidable epilepsy (and overall neurology) mortality.

What is needed now for the neurological and epilepsy communities is direction and endorsement from Government of existing research initiatives, solutions, resources, and actions could help tackle this issue, giving impetus to commissioners and policy-makers. With health services already dangerously stretched, utilising, promoting and celebrating initiatives presently supporting people with neurological conditions would provide a tangible outcome. 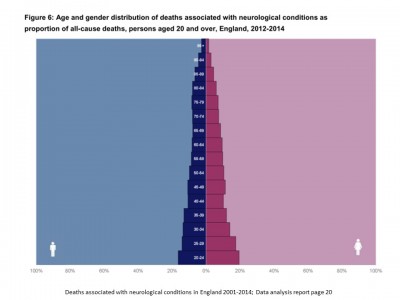 “By drawing attention to the significant number of lives lost each year to epilepsy, Public Health England confirm what our bereaved community have known for over 21 years – that there is much that can be, and needs to be done, to prevent the many needless, avoidable epilepsy deaths each year, many of which are in the young. This is why we are calling for a national inquiry into epilepsy deaths, while also urging Government to support and endorse organisations already working to provide solutions to this issue.” Jane Hanna OBE, CEO at SUDEP Action, who lost her 27-year-old partner to epilepsy.

SUDEP Action has been working to provide solutions to this problem for many years, providing free information and resources to help people with epilepsy, their families, and their clinicians to better understand, tackle and manage the risks associated with the condition. Almost entirely funded by bereaved families, these resources, some of which have received BMJ and HSJ award recognition and are supported by the NHS Innovation Accelerator Programme (www.sudep.org/checklist, www.sudep.org/epsmon), are made available in the hope that future lives can be saved.

SUDEP Action will be discussing this briefing and how Government can help tackle this issue at Parliament next month during the All Party Parliamentary Group for Epilepsy meeting.