A national enquiry has today revealed the shocking finding that the number of maternal deaths of women with epilepsy has doubled in three years, during 2016 to 2018.

A key focus for this report is epilepsy and Sudden Unexpected Death in EPilepsy (SUDEP) which ‘occurred almost twice as often among women who were pregnant, or in the year after
pregnancy’. It also discovered that “most women who died had clear risk factors for SUDEP but had not had risk or prevention measures discussed with them.”

MBRRACE (Mothers and Babies: Reducing Risk through Audits and Confidential Enquiries in UK) investigated the maternal deaths of 547 women, who died up to one year after pregnancy, in a bid to improve the safety and care of pregnant women. 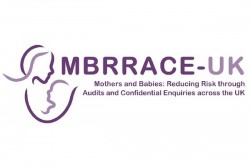 The majority had uncontrolled epilepsy pre-pregnancy, less than half had specialist review during pregnancy

Recommendations from the clinical (NICE) guidelines from 2004, state that it is imperative to discuss and educate the patient of the risk factors, particularly surrounding death, relating to their epilepsy. However, communicating serious information like this, is not easy, if it happens at all.

In the same year, Christine Carter, lost her 25yr old daughter, Samantha, who was 7months pregnant with her son, Christine’s first grandchild. The first time they heard about SUDEP, was when the coroner gave it as the cause of Samantha’s death.

Its evident that the vital conversation about person centred risk is crucial for those with epilepsy, and women need to have positive conversations about their choices if, and when, they become pregnant.

Advanced Clinical Practitioner, Kim Morley expressed ‘extreme concern’ about the pressure of the current COVID-19 pandemic on the NHS, which has already impacted existing neurology and maternity care provision. The epilepsy specialist midwife commented, “Out of all the deaths reviewed in the report, improvements in care may have changed the outcome in approximately two thirds of the cases.”

The COVID pandemic has impacted service provisions for those with epilepsy, (‘1 in 5 experiencing problems accessing support’, according to the Lives Cut Short Report, Nov 2020) but it is imperative that women have access to services and signposted to safety resources to allow them to make choices. This is vital given the introduction of the ‘Prevent’ programme by MHRA, and their recent epilepsy medications review which could cause worry among women with epilepsy, or uniformed decision making if they (& their clinicians) are not aware of epilepsy risks and SUDEP.

Both the MBRRACE report, the recent Learning Disabilities Mortality Review (LeDeR), and the NHS RightCare Epilepsy Toolkit, advocate taking a risk management approach in epilepsy appointments, which can be facilitated by free resources such as the SUDEP & Seizure safety Checklist (clinician), and the patient epilepsy safety app EpSMon to help with monitoring risks and general wellbeing in between appointments.
The MBRRACE report and the use of EpSMon were mentioned recently on JACK FM Oxfordshire on Saturday 23 January 2021.
Here is a clip of the piece:

For the full clip of Jane's statement, listen to the sound file below:

Women with epilepsy should:

Read the lay summary of the MBRRACE report here.

For further information on epilepsy risks and their management: https://sudep.org/epilepsy-and-risk

If you are living with epilepsy and are pregnant access free resources to support you: https://www.womenwithepilepsy.co.uk/ and http://www.epilepsyandpregnancy.co.uk/

If you have been bereaved by epilepsy and would like to know more about our free specialist support or to get involved: https://sudep.org/someone-has-died

To share information about an epilepsy-related death with researchers: www.epilepsydeathsregister.org