Home › The killer that strikes ‘out of the blue’

The killer that strikes ‘out of the blue’

7th Jul 2011
The heartbreaking story of how a healthy 10-year-old boy died in his sleep from SUDEP was used by a Conservative MP to raise awareness of the condition. 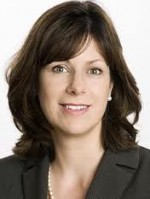 The heartbreaking story of how a healthy 10-year-old boy died in his sleep from SUDEP was used by a Conservative MP to raise awareness of the condition.

Charlie Burns had his first epilepsy seizure on Friday, October 7, last year, but after being checked over by paramedics and then a GP, the youngster was found dead in bed by his horrified parents four days later.

SUDEP claims 500 lives in the UK each year - more than AIDS and cot death combined - yet few people have ever heard of it.

Claire Perry, MP for Devizes, said a review was needed of the guidance medical professionals receive to help them look out for seizures in otherwise healthy children.

And she called for the introduction of a national standard register of epilepsy deaths to highlight the scale of the problem.

She said she also hoped to raise the profile of Epilepsy Bereaved “a fantastic national charity which works with parents and anyone who has suffered bereavement through epilepsy”.

Ms Perry, who has a 10-year-old son, said she was struck by the fact Charlie had been “a completely fit, well and happy 10-year-old who had an epileptic seizure out of the blue on October 7.

“The paramedics arrived well within the target time, but they made a diagnosis that many people think was incorrect,” she said. “They diagnosed a febrile convulsion, even though there was no associated temperature.”

His parents Barry and Jan later took Charlie to see their GP who suspected an epileptic seizure and referred him to a neurologist.

He was well enough to go to school on Tuesday, October 11, and saw his sister Isabella that night.

“He went to bed at 8.45 that evening, and when his parents went to check on him later, they found that he had died in his sleep,” said Ms Perry. “They were of course horrified. Their little boy had, until the previous week, been incredibly healthy.”

The coroner has treated the death as SUDEP.

Ms Perry said SUDEP was “a silent killer” because it was “almost unknown, which means that parents are not looking out for the signs, and in many cases, nor are paramedics and medical professionals”.

“Charlie came back after his attack and was conscious when the paramedics got there, although he was droopy, drowsy and not himself.

“If he had been taken to hospital at that point and a brain scan had been done, he just might have been saved.”

Ms Perry told MPs that while epilepsy is a condition that affects many thousands of people, it can be managed.

“There is nothing I can say today to bring Charlie Burns back, or give his parents comfort. I simply want to make as many people as possible aware of this condition so that we can help to make sure that similar tragedies do not happen in the future.”

SUDEP deaths in children are not common and usually occur in youngsters with other difficulties.