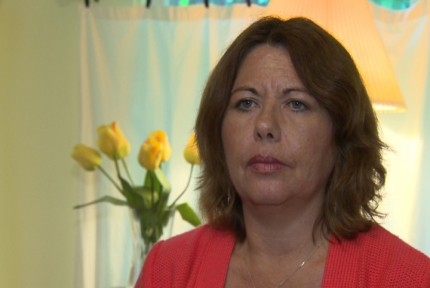 Sudden unexpected death in epilepsy, also known as SUDEP, ranks as one of the top 10 causes of early mortality, according to international epilepsy organizations, and more research and awareness among those with the condition is needed.

SUDEP occurs most often during sleep, and when no other cause of death is determined. Each year about 1 out of every 1,000 with epilepsy will succumb to SUDEP. Experts say it’s important to keep in mind that epilepsy is a very individualized condition.

The call for greater awareness, made this week at the International Epilepsy Congress in Montreal, is resonating with Halifax residents who have epilepsy.

Deirdre Floyd was diagnosed with epilepsy when she was 14 years old. The Halifax woman keeps her condition under control using medication and a stimulator that helps her body avert seizures.

“The symptoms I could have would be just a funny feeling, like butterflies in the stomach,” she said.

She says SUDEP has been mentioned as a potential risk for her as a result of her seizure frequency.

Dr. Elizabeth Donner, pediatric neurologist at Sick Kids Hospital in Toronto and co-founder of SUDEP Aware, says the most important risk factor for SUDEP is frequent convulsive seizures. But she says there are things epilepsy patients can do to lower that risk.

“The most important thing that people with epilepsy can do to reduce their risk of SUDEP is to work with their healthcare team. That includes working with your team on the proper treatment, taking your medications as prescribed, it includes identifying seizure triggers to avoid those triggers and avoid the number of seizures,” she said.

Donner says a significant barrier to research in the field is that many people with epilepsy who die don’t undergo an autopsy.

“It’s a significant barrier to us working towards the cause of SUDEP and understanding how to better prevent these deaths,” she said.

Jane Hanna, chief executive of SUDEP Action, says more openness about SUDEP is needed to help save lives. The subject is particularly close to Hanna’s heart since her partner, who was 27 years old at the time and was epileptic, died suddenly in his sleep.

“I had spoken to him the night before. We played a game of tennis but he had epilepsy and the next morning, he was found dead in his bed.”

Hanna says SUDEP needs to be discussed more. She adds that epileptic patients are told how to manage their seizures but it’s also important for them to understand there’s a risk of sudden death.

“It’s been a hugely neglected subject,” she said, adding that it requires the attention of the government, research organizations, educators and support agencies.

“It’s vital that we actually get investment in organizations that are concentrating on SUDEP and epilepsy mortality developing research and developing education programs and developing much needed support for the families,” Hanna said.

Meanwhile, back in Halifax, Floyd wants people to know that epilepsy patients can live long and full lives if they take the steps to ensure that they keep their condition under control.

But she says it’s also important for those with epilepsy to not let it control their lives.

“I can’t think about that every day because, for example, I could have a seizure and injure myself. I think it’s important to be aware of it. I don’t think you should spend all your time and energy always worrying about it.”