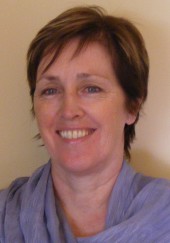 We are delighted to announce that Dr Rosemary Panelli, International Epilepsy Ambassador and champion of global awareness on SUDEP has joined the SUDEP Action team as part-time International Research Officer.

Professor Smithson commented: “It was a privilege to present the findings of SUDEP Action’s Epilepsy Deaths Register at PAME in the USA and to promote the development of the register. There is a great opportunity for countries to work together to gather vital information and support for research to prevent deaths and I am grateful to PAME and the Green Park Foundation for the support I received to attend the conference ".

Dr Panelli has a PHD in Public Health and has worked with Australian Epilepsy services for 16 years.  In 2011, she was awarded the Ambassador for Epilepsy Award by the ILAE and the IBE for her work over the years on epilepsy and Sudden Unexpected Death in Epilepsy (SUDEP).  Dr Panelli has promoted community understanding of epilepsy especially in regard to SUDEP.  She has helped ensure that quality epilepsy information is accessible at all levels leading to the development of valuable programs and resources, including the publication Sudden Unexpected Death in Epilepsy: a global conversation (2005, 2011). The global conversation has encouraged international discussion and collaborative responses. She also initiated the biennial Australian epilepsy memorial service.

Jane Hanna, SUDEP Action Chief Executive welcomed Dr Panelli saying: “SUDEP Action has enjoyed a close collaboration with Rosey since the 1990’s working in partnership on the global conversation on SUDEP. We look forward to Rosey coming on board as a member of the SUDEP Action team”.