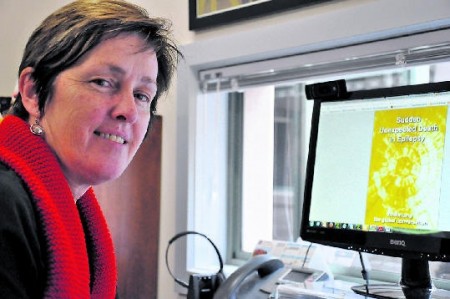 Epilepsy has never been a high-profile disease — though the death this year of star jockey Nathan Berry (brother of Sunday’s Seymour Cup winning rider Tommy) might start to see that change — but it does have more than its share of sudden death and a Seymour researcher is at the forefront of trying to work out ways to reduce these.

Rosey Panelli is one of the key researchers into rates of Sudden Unexpected Death in Epilepsy, or SUDEP. Her team has unprecedented access to the National Coronial Information System database concerning epilepsy deaths.

This is crucial because most of the deaths occur in the community. The researchers will be able to extensively assess and interpret post-mortem, toxicology, coroners findings and police reports, enabling them to draw a fuller picture of SUDEP and its risk in Australia.

This is important because the most common epilepsy-related cause of death remains a mystery. Epilepsy carries a risk of premature death two to three times higher than for the general population and a 20-times higher risk of sudden death.
The average age at which those deaths occur is low, so many years of potential life are lost compared to diseases that afflict people later in life.

Tomorrow is SUDEP Awareness Day. It promotes ways that people with epilepsy can reduce their risk and to commemorate those who have died, as well as being an opportunity to raise funds for SUDEP research.