Matt Preston is best known for his 11 years as host and judge on MasterChef Australia and will take up the role as International Ambassador on SUDEP Action Day. 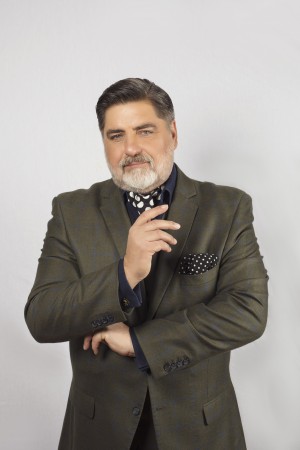 SUDEP Action Ambassador’s raise awareness of SUDEP Action, and Matt will also contribute to the charity’s work by leading on a project to reach new audiences during 2020. More details to be revealed soon.

Matt said, “I am delighted to be an ambassador and to be involved with such an inspiring organisation. It means a lot to me to raise awareness of this vital cause, in the UK, in Australia and around the world.  As SUDEP Action’s first International Ambassador, I know that many epilepsy deaths can be prevented with better knowledge about risk, and I am keen to do what I can with the platform I have to make this happen. SUDEP Action's work is incredibly important and I am honoured to be involved.”

Jane Hanna OBE, CEO of SUDEP Action said, “We are thrilled that Matt has agreed to take on the role of SUDEP Action International Ambassador.  Knowing Matt will use his platform to help us reach our shared goal of preventing epilepsy deaths, is a great boost to our cause. Matt is passionate about spreading the word and we will be working together to do this. We are especially delighted that he has already agreed to lead on an initiative for SUDEP Action in 2020, aimed at helping us tell the story of SUDEP to reach new audiences."

SUDEP Action, based in the UK, exists to increase awareness of epilepsy risks and tackle all epilepsy deaths, including Sudden Unexpected Death in Epilepsy (SUDEP).
The only UK charity supporting and working alongside those whose loved ones have died suddenly. Services include bereavement support, counselling and help with understanding the inquest process. Free tools, information and resources are provided to help keep people with epilepsy safe. SUDEP Action also works in collaboration with UK and international research teams to help prevent epilepsy deaths - striving to get the answers that will save lives.

Matt Preston is an award-winning food journalist, best-selling cookbook author and International TV Personality. Matt writes a weekly column for delicious on Sunday read by 4million Australians every week. He is also a senior editor for delicious and taste magazines, and contributes to one of Australia’s best read website, www.taste.com.au with a monthly reach of 2million food lovers. Best known from his role as a judge and co-host on MasterChef Australia, Preston appeared in eleven series of the ratings juggernaut MasterChef Australia as well as one series each of Celebrity MasterChef, Junior MasterChef, MasterChef Allstars.  In 2013 he hosted MasterChef: The Professionals with Marco Pierre White, which was named Australia’s Best Reality Show at the 2014 AACTA Awards. Matt has also appeared on MasterChef Italia, MasterChef Holland, MasterChef India, MasterChef Poland and MasterChef NZ. MasterChef Australia and its variants are broadcast in over 110 countries around the world from Venezuela and the Philippines to the Sudan, the UK and Scandinavia. With a total worldwide audience of over 180million, MasterChef Australia is also the highest rating English speaking program in India with over 3 million viewers, making Matt a star on the sub-continent.

Preston has released 6 best-selling cook books which have been published in Australia, South Africa, New Zealand, the Netherlands and Portugal. International Sales make up 20% of Matt’s total book sales. His seventh cook book MORE will be released later this year. Matt is also a key social media influencer in Australia and internationally with a combined international social media reach of over 850,000 followers on Facebook, Twitter and Instagram.

For more about SUDEP Action Day, and ways to get involved, visit www.sudepactionday.org

If you have been bereaved by epilepsy or would like more information about safety tools and how to reduce epilepsy risks, visit our information pages or call 01235 772850.