At the APPGE that took place at The House of Commons on 28th November 2018, the charity presented the findings and key recommendations from the Prevent21 Summit to MPs, policy-makers, epilepsy organisations and individuals with an interest in epilepsy. The APPGE is chaired by Paula Sherriff MP, who has personal experience of the impact of epilepsy on families.

SUDEP Action gave an expert overview of the key issues about epilepsy deaths, also provided an opportunity for questions and encouraged those in the room to consider how they could help the charity, and supporting organisations, to save future lives. 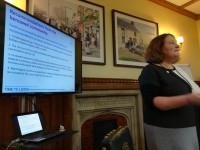 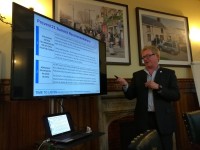 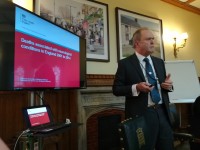 On Monday 9 July 2018 the APPG held an event to discuss Personal Independence Payments (PIP) and epilepsy. Figures show that people with epilepsy are the most likely group to have their benefits cut or removed during the change from Disability Living Allowance (DLA) to PIP.

Attendees heard from people with epilepsy who have experienced the PIP process. There were some very moving contributions and some common themes emerged. The APPG also heard from Jen Durrant from the charity Z2K who have recently published a report on disability benefits and Marsha de Cordova, the Shadow Minister for Disabled People.

Feedback from the event was very positive and the APPG will be following up on points raised with the government and others.

On Purple Day 2018, the APPG on Epilepsy invited MPs and peers to come along and ‘go purple’. The aim of the drop-in session was to give MPs and Peers the opportunity to learn more about the condition. People were able to speak to a number of epilepsy organisations, including Epilepsy Action, SUDEP Action, Young Epilepsy, Epilepsy Society and Epilepsy Research UK. They were also able to meet people with epilepsy, as well as family and friends of people with epilepsy.

MPs told us they learnt a lot and it was great to see so many of them ‘go purple’ for Purple Day. We hope to run a similar event next year. 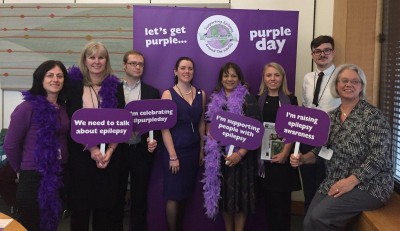 As part of the All Party Parliamentary Group for Epilepsy (APPGE), we had the opportunity this week to talk to the group about the issue of epilepsy deaths, and the vital support needed to continue making progress in this area.

At this meeting, held in Westminster, SUDEP Action was represented in two of the three speaker presentations. Rachel Shah, one of our active supporters and Trustee opened the meeting by sharing her personal story from the perspective of a bereaved parent. She spoke movingly about her daughter Emily, her tragic death and the impact it has had not only on herself, but on all those who were touched by Emily during her life. Rachel also spoke of how SUDEP Action has helped her, and other bereaved families following their loss.

Professor Stephen Brown, SUDEP Action's Chair of Trustees then spoke about the barriers and opportunities to tackling epilepsy deaths in the UK. He talked of the need for increased knowledge, courage and perseverance among Health Professionals, People with the condition, Charities and Policy Makers to get to grips openly and honestly so that action can be taken now.

“Considering what we know now compared to twenty years ago, it is very possible to reduce mortality from epilepsy considerably; because even with current knowledge we can prevent many epilepsy deaths”

Professor Brown also highlighted how Government can help by acknowledging the significance of this issue both in the House and among their constituents; each MP will have approximately 10 epilepsy-related deaths in their constituency during 1 parliamentary term.

Read the full article about this meeting here. 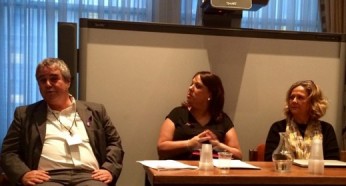